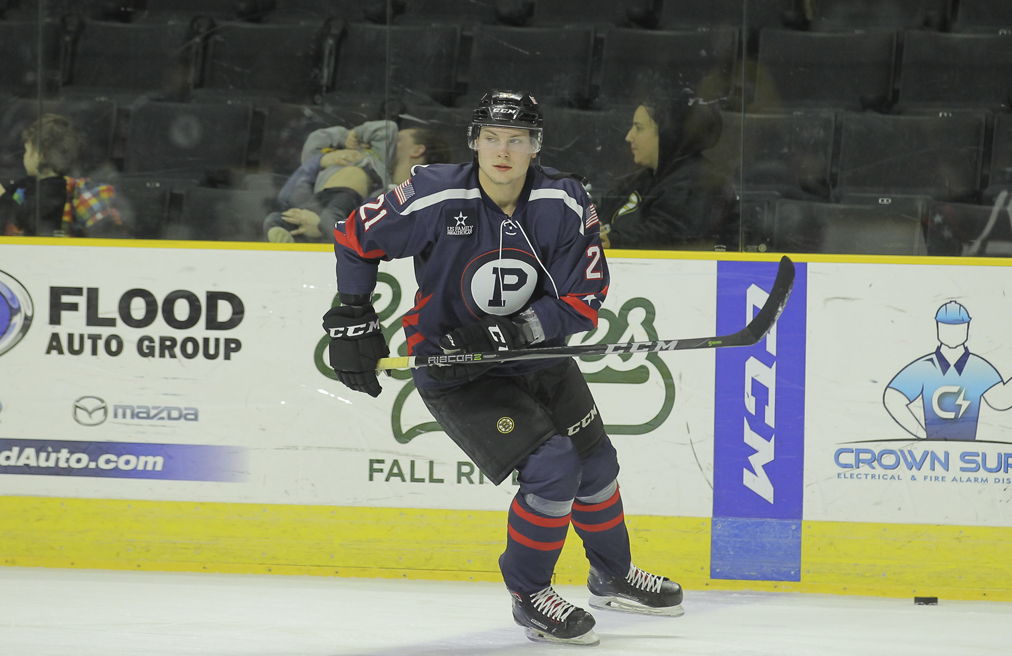 Swedish winger Anton Blidh signed a $650,000 one-year, two-way contract with the Boston Bruins this week.  Drafted in the sixth-round (180th Overall) by the Bruins at the 2013 NHL Entry Draft, Blidh played in the Swedish Hockey League for two years before coming to the states to join the organizations AHL affiliate the Providence Bruins in 2015 signing a three-year entry-level contract.

During those three years, Blidh showed consistency throughout.  Spending the whole 2015-16 season in Providence posting 10-4-14 numbers.  His second season stateside saw Anton earn 19 games in the NHL totaling 2 points.  His time in Providence proved more productive, having 16 points in 53 games. The 17/18 season was his best showing yet, playing in 71 games for Providence and recording career-highs with 11-15-26 totals.  His time in Boston in the 2017-18 campaign was limited to one emergency call-up with no points.

Even with this limited play at the NHL level, Blidh’s aggressive style of play and his versatility fits well with the Bruins organization.  Hard-hitting and always willing to rile up the opponent, Blidh does not shy away from the competition.  As a competent yet not prolific scorer, he is continually looking for opportunities to assist in netting a goal.  He shoots left but can play both right and left-wing without much trouble.  It’s these attributes that make me happy to say I’ll continue to ‘Blidh’ Black and Gold.