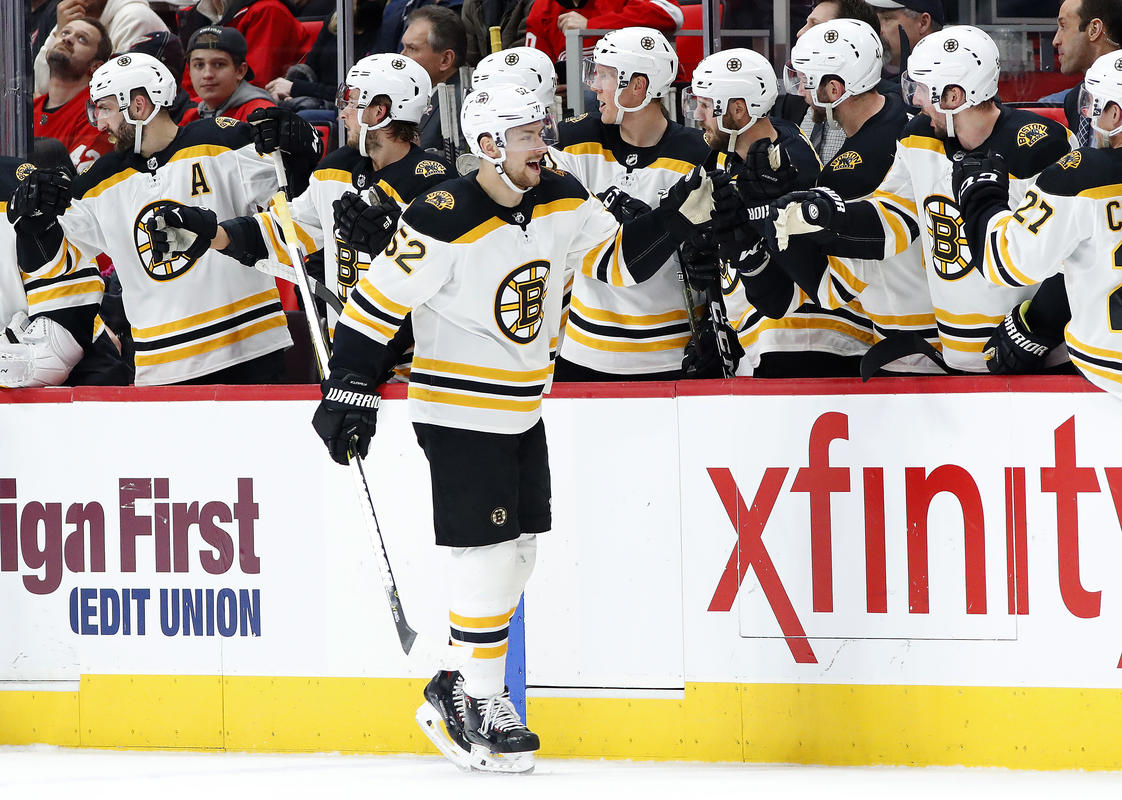 The Boston Bruins have announced today, July 3rd, that restricted free agent Sean Kuraly to a three-year contract worth $1.275 million per season.

Kuraly recently joined the Bruins back in 2015 in a trade involving the San Jose Sharks. The Bruins sent recently acquired Martin Jones to the Sharks in exchange for Sean Kuraly and San Jose’s 2016 1st Round Pick in the NHL Entry Draft (Trent Frederic).

The next season, however, Kuraly would get the opportunity to play in the American Hockey League with the Boston Bruins’ affiliate team, the Providence Bruins. Joining the P-Bruins at age 24, Kuraly would play in only eight games, scoring a single point with Providence, before getting the call to join the Bruins in the National Hockey League. During the five games he played in November, Kuraly would fail to score a point. The lack of production would find him back in Providence for a good portion of the season.

Again in April, Kuraly would get another opportunity to prove his worth in Boston due to a lower-body injury to Jimmy Hayes. In his first game back in the NHL on April 2nd, Kuraly would assist on a Zdeno Chara goal, signifying his first career NHL point. Sean played in another two games during the regular season of ’16/’17 but managed to remain off the score sheet.

Sean Kuraly would stay with the team heading into the playoffs, skating in both Game One and Two against the Ottawa Senators. Having not played in the third or fourth game of the series, Kuraly would get yet another chance to perform in the postseason in Game Five, replacing Ryan Spooner who was not quite ready to enter the lineup following an injury.

It would be Game Five where Sean Kuraly won over the hearts of the Boston fan base, scoring two goals including the double-overtime winner that cut the Senators’ series lead to 3-2. In addition, Kuraly’s post-goal celebration showed the passion that this man possesses.

In August of 2017, Sean Kuraly was interviewed by the Columbus Dispatch during the Bruins’ training camp, wondering if the two goals in the playoffs would earn him a spot in the upcoming season.

“It starts all over again,” he said. “Did I help myself by scoring two goals in the playoffs and playing my role? Absolutely. But it really does start over. We have so many good, young players going to camp.”

Turns out, Sean would indeed impress the Bruins management, earning a full-time spot on the Bruins’ bottom-six. Kuraly would play in all of the first 76 games, before dealing with an upper-body injury prior to the playoffs. The injury would cost him seven games, but he managed to be ready for Game One versus Toronto.

In the seventy-six games of the regular season, Sean finished with 6-8-14 totals with a -5 rating. He would finish third on the team for most hits, (143), behind only Kevan Miller and Noel Acciari. Kuraly had a good takeaway to giveaway ratio considering the lack of ice-time, ending the year with 32 takeaways and only 28 giveaways.

The playoffs would not be as legendary as the 2017 Playoffs, however, he would still score four points (two goals), in the twelve postseason games.

Heading into the 2018-2019 season, Kuraly positions himself in a good spot for a third-line center role. Due to the loss of Riley Nash and Tim Schaller in free agency, Kuraly seems like the best option to man the middle on the third-line. Regardless, the signing of Kuraly is a steal for both term and salary. Below is the current cap space of the Bruins following his signing.

So, was the Kuraly signing a good one? Let me know on Twitter @tkdmaxbjj.