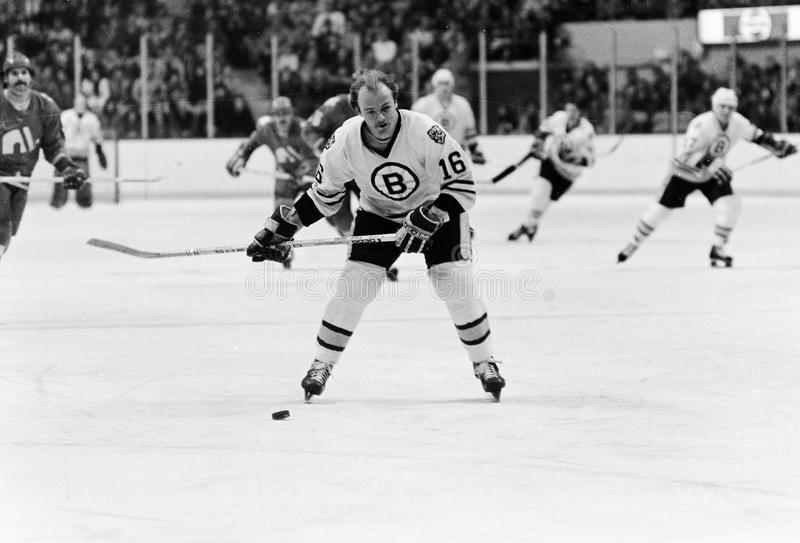 Officially announced on July 31st, 2018 by the Boston Bruins’ Twitter page, (@NHLBruins), Rick ‘Nifty’ Middleton’s #16 will be retired by the Bruins organization and will join the legends of the franchise in the rafters of the TD Garden.

Middleton played in 881 career regular season games with the Boston Bruins from 1976 to 1988, posting 402-496-898 numbers in that time span. However, before joining the Bruins in the ’76 season, Richard played two seasons with the New York Rangers before being traded to the B’s in exchange for Ken Hodge.

In his time with the Rangers, Middleton did not quite live up to the scoring expectations that were placed on him following his insane scoring statistics in the OHA, scoring 207 points in 115 games. While in the Big Apple, Middleton peaked at fifty points in the 1975-76 campaign, thus causing the trade to the Bruins. (The trade was recently featured in an article published by fellow BNG writer, Liz Rizzo, that discussed the best Bruins trades of all-time.)

For the first two seasons in Boston, Rick Middleton was still considered an average player, scoring 42 and 60 points in the ’76/’77 and ’77/’78 campaigns respectively. It was not until the 1978-1979 season where Middleton truly showed his scoring talent and would lay the foundation for the remainder of his career – finishing the year with 38-48-86 totals.

During the six seasons that would follow, Middleton would score at least thirty goals, including a career-high 51-goal campaign in 1981-82. In that same season, Middleton would take home the Lady Byng Memorial Trophy, signifying him as the most gentlemanly player in the league. Two seasons later, Nifty would score the most points in his career, tallying 105 points during the ’83-’84 year.

Rick possessed great skill and threatened most goaltenders – especially in one-on-one scenarios. A former teammate of Middleton, Wayne Cashman, said the following about his time with Middleton in the National Hockey League.

Middleton’s career playoff resume is nothing to ignore as well. In 111 playoff games with the Bruins, Middleton scored one-hundred points (45-55-100), including thirty-three points in only seventeen games during the 1982-1983 post-season.

According to Wikipedia.com, Middleton currently holds four records in the NHL history books.

Boston Bruins President Cam Neely and CEO Jeremy Jacobs had some words today about the retirement of Middleton’s number.

#NHLBruins CEO Charlie Jacobs reacts to the retirement of Rick Middleton's No. 16. pic.twitter.com/ZY8wrsNWs5

Congratulations to Richard Middleton on this outstanding honor and the newest retired jersey is well deserved up there in with the other Boston legends.