Could Tyler Seguin Return To The Bruins One Year From Now?

The controversial trade had it’s speculated reasons as to why the deal went through, but no official word was released by any member from either party involved. The Boston Bruins recently won the Stanley Cup and reached the Cup Finals in the time Seguin was with the team, making him a very successful NHL player very early on in his career.

However, even before that, Tyler Seguin was nearly a Toronto Maple Leaf. His draft rights were sent to Boston along with a 2nd Round Pick in 2010 NHL Entry Draft (Jared Knight) and a 1st Round Pick in the 2011 NHL Draft (Dougie Hamilton) from Toronto in exchange for a scoring winger, Phil Kessel.

While the trade made sense at the time, the Bruins made the deal in hopes of landing Taylor Hall. But, as we know it, the Edmonton Oilers selected Hall with the first-overall pick in the ’11 Draft. Wanting to take the best player available, Boston chose Tyler Seguin, even with the depth they already had a center with Patrice Bergeron and David Krejci.

In his debut season, Seguin posted 11-11-22 totals in 74 games, only averaging just over twelve minutes per game. In the next seven years, Seguin has averaged over eighteen minutes per game. Tyler also finished just shy of 50% on the faceoff dot in the 2010-2011 season, ending the year with a 49.5 percent. 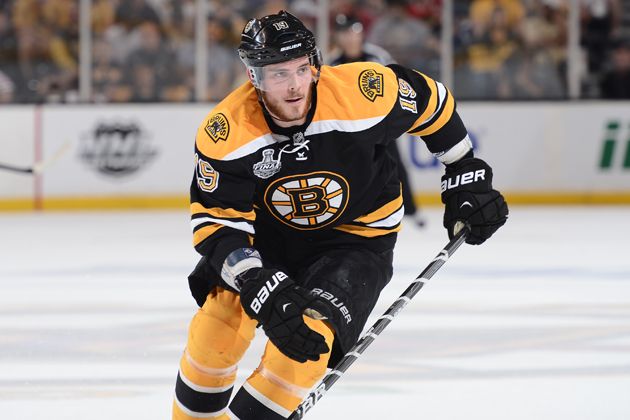 Seguin got his big chance to perform in the big leagues during the 2011 Stanley Cup run. While sitting out as a healthy scratch for the first two rounds of the postseason, Head Coach at the time, Claude Julien, was forced to insert the 19-year-old into the lineup due to an injury to Patrice Bergeron in Game One of the Eastern Conference Finals against the Tampa Bay Lightning.

Seguin would score a goal and help with an assist in the 5-2 Game One loss but would skate in only two shifts in the second period and was not used on the Bruins power play unit, the same power play unit that went 0-for-4 on the night. Due to his successful Game One with the lack of ice time considered, Seguin was a lock for the Game Two lineup, and he would make sure that the opportunity did not go wasted.

Boston dominated the first period, but it would be the Lightning scoring twice in the frame – starting the second with a 2-1 lead. The lack of games played thus far in the playoffs affected Seguin as stated in an ESPN article back in 2011.

“I don’t know if I told myself that. But definitely tough watching from above. I tried to take everything in and learned as much as I can. But it’s hard sitting there and not being able to help with the boys, but I wanted to take advantage of any opportunity I got,” Seguin said.

The Canadian would realize that the opportunity is huge not only for him but for the team as a win would tie the series at one-apiece heading to Tampa for Game Three. Less than one minute into the second period, Seguin would split the defense and backhand a beautiful goal by goaltender Dwayne Roloson, making this goal one of the most memorable goals of the 2011 playoffs.

Seguin would tally another goal later in the period, as well as two more assists, helping the Bruins score five goals in the second frame, enough to win the game 6-5.

Seguin would continue to be a threat for the Lightning and eventually the Vancouver Canucks in the playoffs, finishing the 2010-11 Stanley Cup Playoffs with 3-4-7 totals in thirteen games – enough to hoist the Stanley Cup in a Boston Bruins sweater.

In his sophomore season, Seguin improved upon the rookie year, scoring twenty-nine goals and 67 points, the most points on the entire Bruins roster that season, along with a +34 rating – the second-best rating in the National Hockey League. Seguin would quickly become one of the best players in the league while being one of the youngest as well.

In the lockout season the year after, Seguin would still score 0.67 points-per-game, tallying thirty-two points in the 48-game campaign. Tyler would be present on the ice for the game-winning goal to complete the iconic comeback over the Toronto Maple Leafs in Game Seven of the 2013 Eastern Conference Quarter-Finals. 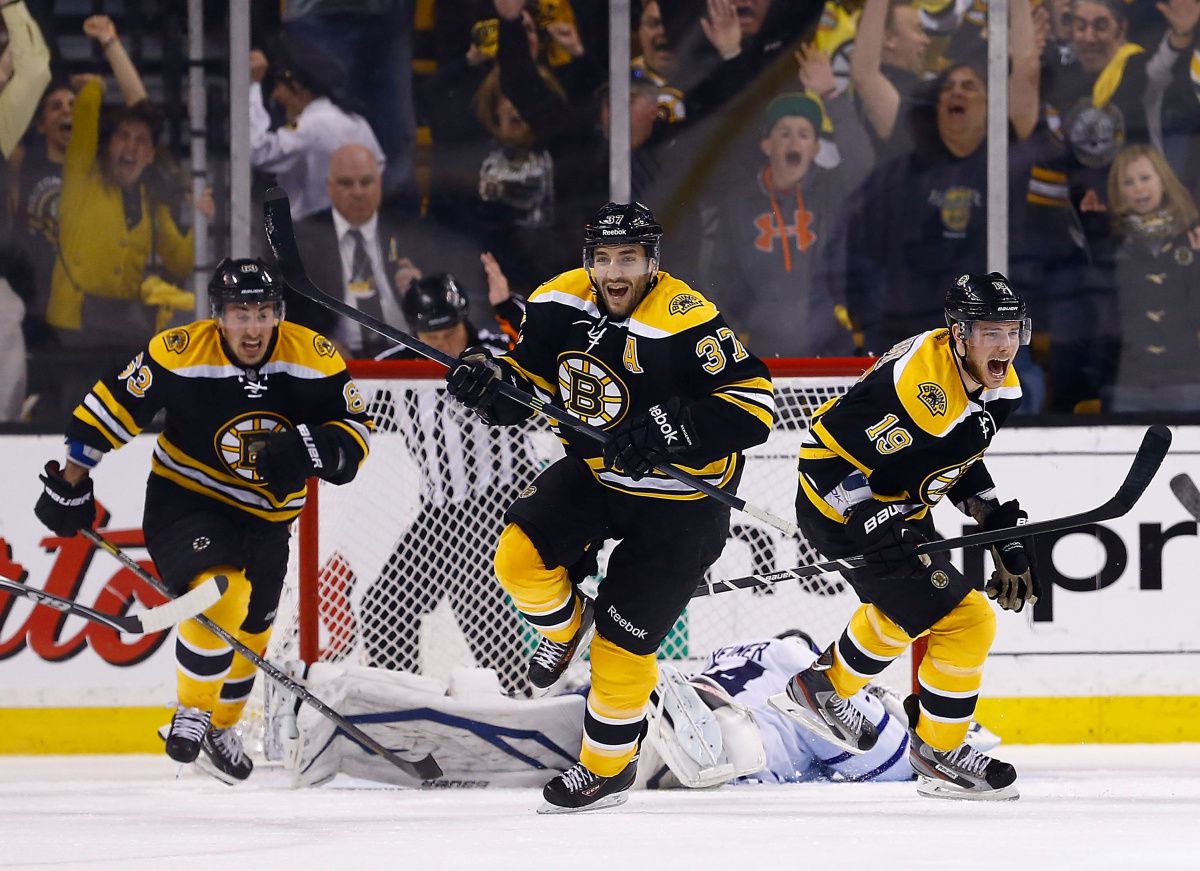 Even with the solid few seasons to begin his NHL career, Tyler Seguin would be shipped out of Boston in the deal listed at the beginning of this article. With an easy Google search or Twitter browse, you can find conspiracies to this very day as to why the Bruins management traded away a superstar in Tyler Seguin back in July of 2013.

Although, the past is in the past and there is no possible way Tyler Seguin returns to the Boston Bruins. Well, in the world of hockey and sports in general, the word “impossible” does not usually apply to many instances, and a Seguin/Boston reunion is definitely not impossible, just improbable.

In an article published by NHL.com writer Mark Stepneski back on July 27th, it was documented that Dallas Stars General Manager Jim Nill feels the process of extending Seguin’s contract is going to plan.

“We’ve had continued dialogue,” Nill said. “They’ve got where they think they should be and we’ve presented where we think we should be, and we just continue to discuss.”

When asked about the possibility of Seguin agreeing to a contract in Dallas before the 2018-19 season, GM Nill said the following.

“I hope so. But I think I have mentioned from Day 1 that I don’t want people to panic if he is not signed when the season starts,” Nill said. “I think the biggest thing is we need to have a good season — get off to a good start. I hope he is signed by then, but I know if he isn’t, we’ll get a good year out of him and go from there. But like I said, I am hopeful we can get it done. We’ll have to see.”

The belief at this moment in time is that Tyler Seguin will be returning to the Stars organization for many years to come. Jim Nill recognizes how special Seguin is and the importance he has on the Dallas team as they prepare for a future Cup run. Since joining Dallas back in the 2013-2014 season, Seguin has scored a minimum of seventy points in every single season.

Over the five seasons thus far in Dallas, Tyler has played in 387 games, totaling 173-211-384 numbers along with a +14 rating. Seguin has also skated in all 82 games the past two seasons, something he was unable to accomplish in his first three years in Dallas due to multiple injuries.

Seguin is entering the final year on his six-year, $34,500,000 contract he signed back in September of 2012. It is more than likely that Seguin fetches $10+ million on his new deal, especially when you compare his numbers to that of John Tavares who just agreed to a seven-year, $77 million contract with the Toronto Maple Leafs this past July.

The comparisons are very similar between Seguin and Tavares, and once the new contract for Seguin is reported, it is very likely that the contract will also be very similar.

How Would He Fit On The Bruins?

Even with the statement from Stars GM Jim Nill about the contract negotiations he has had with Seguin, it does not mean that Seguin will remain in Dallas for the foreseeable future.

Back on June 23rd, 2016, Montreal Canadiens General Manager, Marc Bergevin stated that he would not trade away star defenceman, P.K. Subban in a Sportsnet.ca article.

“It’s not even listening to offers is I’m taking calls,” Bergevin said. “When a GM calls me, I don’t know who he’s calling me about, so I answer the phone. Yes, I’ve received calls on P.K., but I’m not shopping P.K. Subban. I can tell you that.”

But, as we know, Subban would indeed be traded to the Nashville Predators only six days after that statement was released in a one-for-one swap involving Shea Weber. The mistakes of management over the years may not be made again by other teams, but the possibility is there.

The only logical way that the Boston Bruins regain the services of Tyler Seguin is by free agency. The price to pay in a trade with the Dallas Stars would most likely be too hefty for the Bruins moving forward as the Stars would expect great value coming back if they were to part ways with him.

Once the 2019 NHL Free Agency rolls around, both David Krejci and David Backes will no longer have full no-move clauses on their contracts, as both will have limited no-trade clauses – meaning the B’s will have the opportunity to trade away both of those players. If Boston could hypothetically trade both of them to another team, they could free up over $13 million in cap space, enough to sign Seguin to a contract around the $11 million range.

Will it happen? Probably not. Seguin did win his first and only Stanley Cup to this date in a Bruins sweater, so the idea is still there. I personally do not see Tyler Seguin ever returning to the Boston Bruins, but it will be interesting to follow the contract negotiations heading into the 2018-19 NHL regular season.

If you wish to provide your opinions and/or insights, ask me on Twitter @tkdmaxbjj