Bruins Should Steer Away From Trades This Offseason 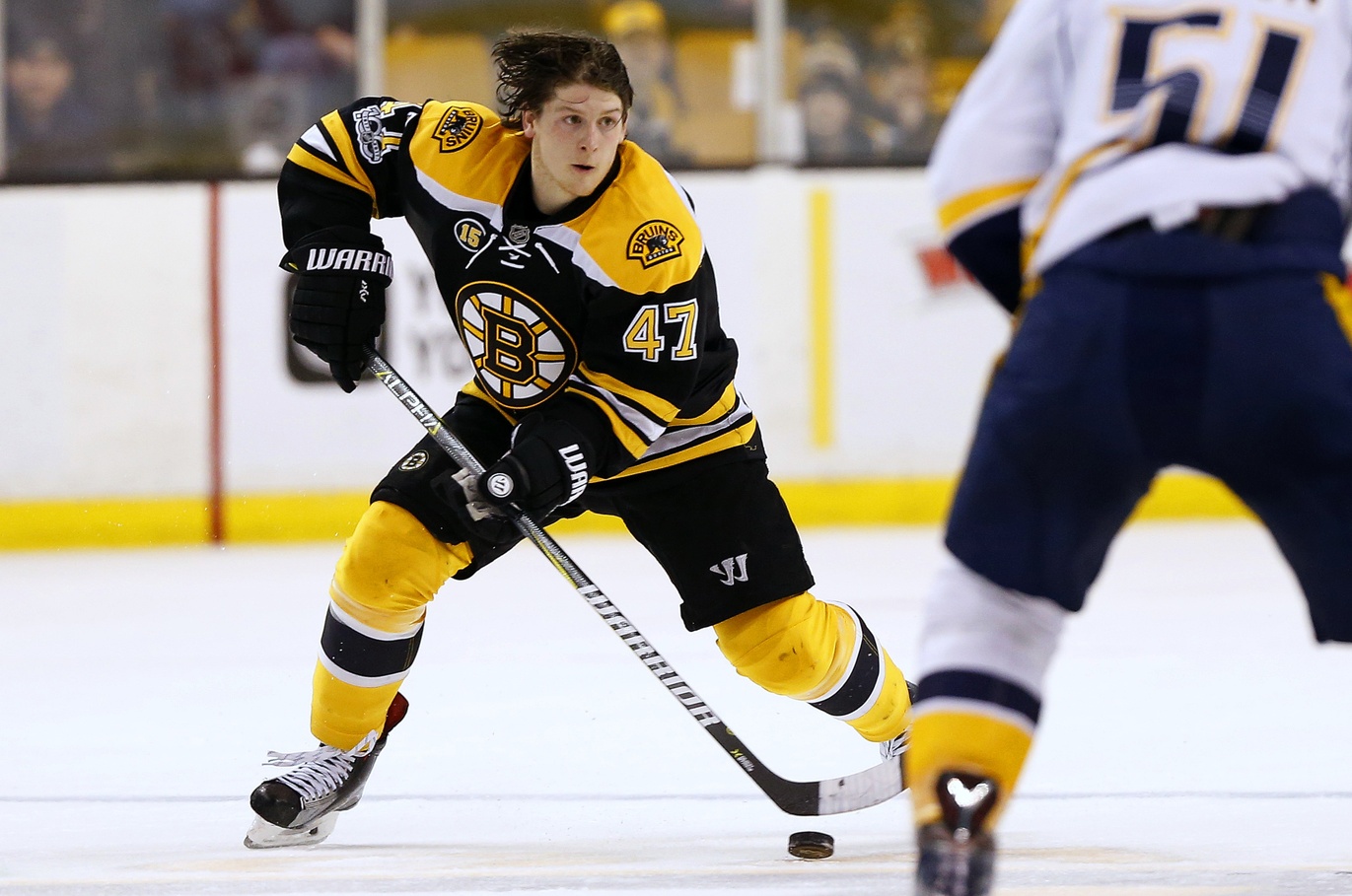 During the weeks before the NHL Draft and the beginning of Free Agency, the Boston Bruins were one of the main teams involved in some of the biggest rumors – especially when it comes to the signing of big-name free agents such as Ilya Kovalchuk and John Tavares.

To the disappointment of many Bruins fans, not a single headlined name decided to pack up their bags and move to Boston. (Unless you consider Joakim Nordstrom or John Moore big names). Instead, the Bruins settled on bottom-six, depth players that may or may not make a difference. Some of the other players involved in the free agency list will bring great talent and change to their new team.

Even with the so-called lackluster offseason up to this point, many people within the fanbase feel that the Bruins need to look to other NHL organizations and make the necessary deals to improve what is believed to be a sub-par team. However, a trade that has any value whatsoever coming back to the roster, would mean some valuable players currently on the Bruins roster would have to be shipped out of Boston. 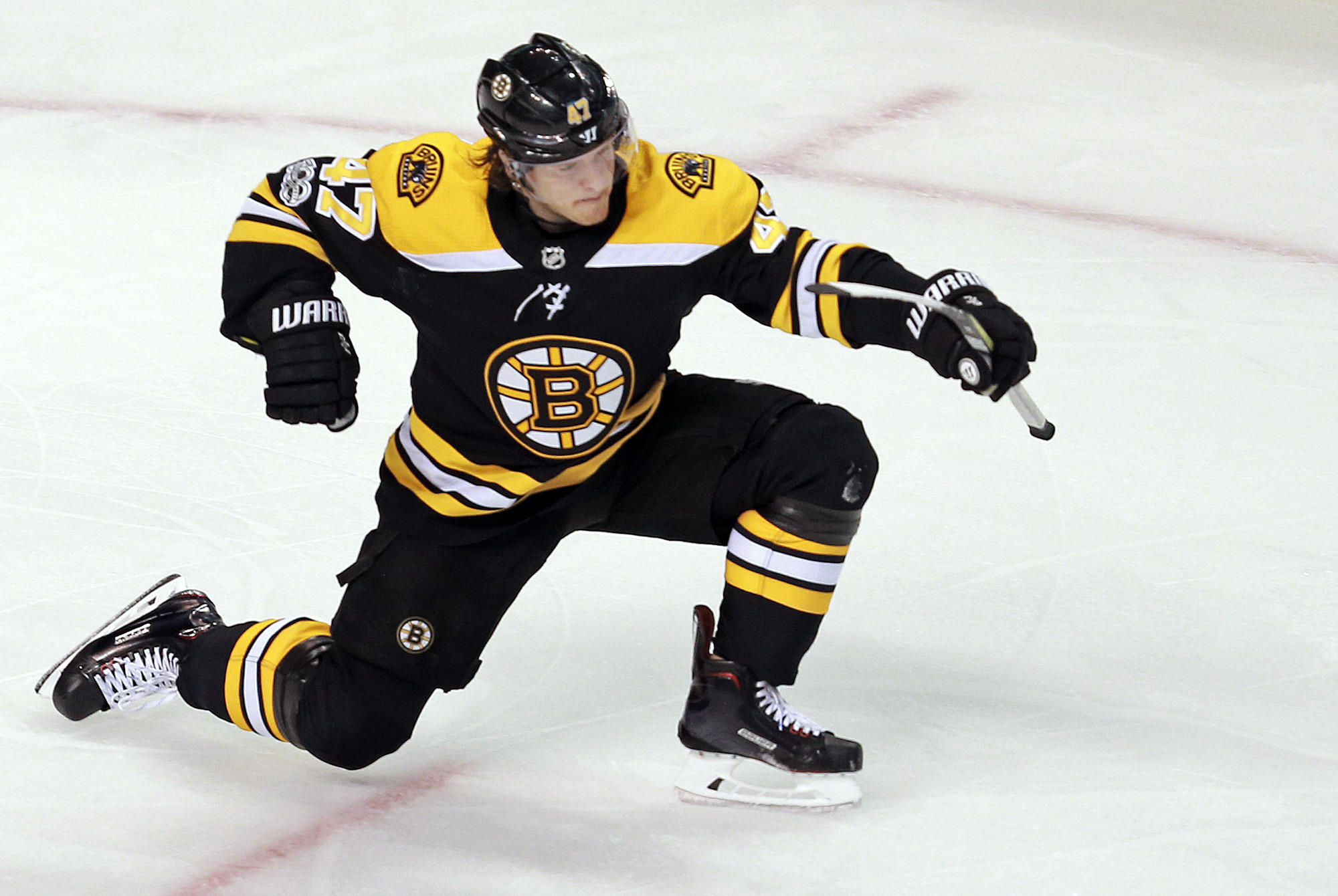 One of the biggest trade baits the B’s own as of today is 27-year-old defenceman Torey Krug, who has two years remaining on a $5,250,000 contract. Krug has been a consistent forty-point scorer since he played in his first National Hockey League season back in 2013-14.

Since joining the Bruins, Krug has become the main man for the offense on the blueline, especially on the power-play. Out of his two-hundred-and-thirty-five career points, 102 of them are on the man-advantage. Known to many as the quarterback on the backend, Krug has been the leading scorer among Bruin defensemen since the 2014-15 season, where Dougie Hamilton once led the team that year.

There are very few players who can handle the puck like Torey Krug and considering his size, his value is unlike many others on Boston’s roster. Krug is one of the most reliable defenders on the league, mainly due to the scoring that we previously discussed. But the speed and stick-handling of the Michigan native are rarely matched. Even highly praised young gun Charlie McAvoy cannot quite match the offensive capabilities of Torey at this point of his career.

That brings up another point to avoid a Krug trade. The leader of the Bruins organization, Zdeno Chara, is another year closer to the dreaded retirement. Even with his tremendous physical attributes, the 41-year-old will have to leave the game of hockey eventually. Once that time comes, the Bruins will lack the leadership on the defensive end. Torey Krug could be the mentor to the upcoming youth such as McAvoy, Carlo, Vaakanainen, Zboril and the rest of the younger defencemen when it comes to being offensive on the blueline.

Torey Krug has become a common face in the Black and Gold sweater and trading him could be a mistake going forward. 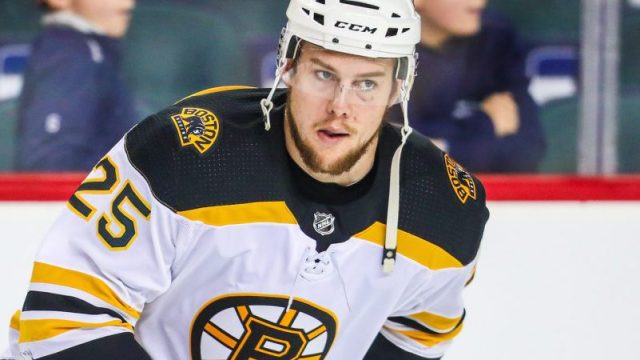 Brandon “Bad Luck” Carlo is another defenceman often involved in trade ideas from fans all over. The phrase “Bad Luck” has been associated with Carlo due to the untimely injuries that he has faced at the end of the season for the last two years. Right before the playoffs begin, Brandon Carlo has suffered an injury that forces him to miss the entirety of the postseason.

In the 2016-17 campaign, Carlo quickly became a regular on the Bruins defense, playing in all 82 games – the majority of which were alongside captain Zdeno Chara. Posting 6-10-16 numbers in the time span, blocking 115 shots and landing 87 hits. During that first year, Carlo finished third on the entire roster in average time on ice, with an average of 20:49 minutes played on the ice. However, in the final game of the season, against the Washington Capitals, Carlo took a hard hit from Capitals’ forward Alex Ovechkin, giving Carlo what would be deemed later as a concussion.

The Bruins would then lack the services of Carlo, who they had become comfortable with on their blueline over the course of the season, for all six games of the 2017 Stanley Cup Playoffs.

Fast forward one year later. Brandon Carlo would be on the road to playing another full year before suffering a fractured left ankle in a March 31st game against the Florida Panthers. Once again, Brandon would be forced to miss all of the playoffs.

Brandon Carlo left the Bruins game earlier on a stretcher after falling awkwardly in the corner… does NOT look good for Carlo. pic.twitter.com/e3QXZi3LGL

Prior to the injury, the Colorado native only had six points with zero goals scored, but his six-foot-five, 208-pound frame added power and defense to the Bruins d-man depth. Carlo nearly averaged twenty minutes on the ice again, capping off at 19:14. The time he spent on the ice allowed players such as Zdeno Chara to be on the bench more, keeping Chara a bit more alive during games. Brandon did finish third on the Bruins roster for most blocked shots, blocking a total of 84 shots in the 2017-2018 season.

According to Leftwinglock.com, Carlo did play with fellow trade-rumored defenceman, Torey Krug, the most out of any other d-man within the Bruins lineup. While with Krug on the point, the two of them were on the ice for thirty goals for and only twenty against.

Brandon Carlo adds versatility to the blueline of the Boston Bruins and like Krug, could bring some consequences to the B’s if they do decide to trade him away. 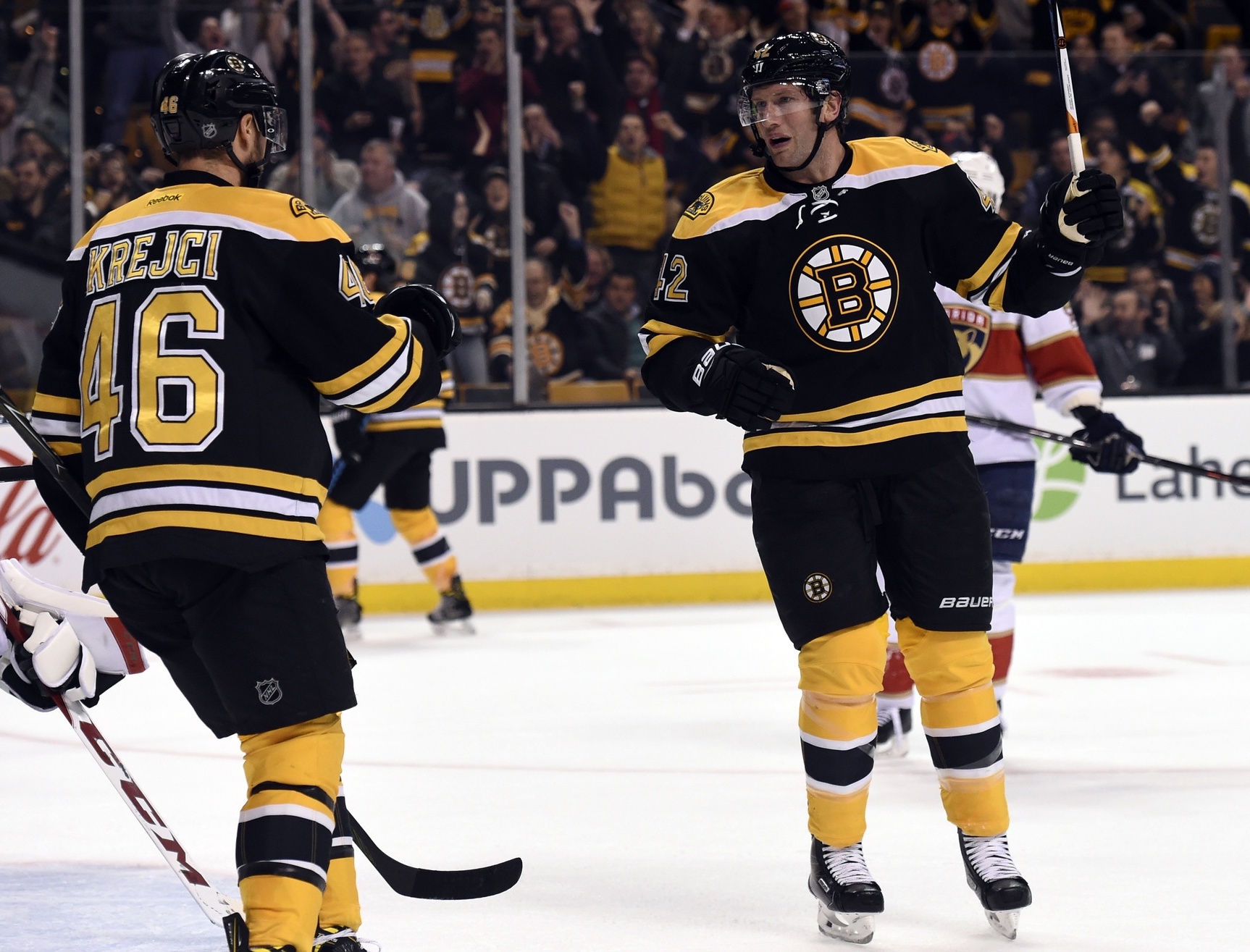 I grouped the combination of David Krejci and David Backes together because they both cannot be traded at this time for the same reason – contract stipulations.

As per CapFriendly, both Backes and Krejci have full no-move clauses, meaning they cannot be traded, waived, or assigned to the minors without their personal consent.

For those interested in learning more about how a "no-trade-clause" and "no-movement-clause" work, the great folks @CapFriendly provided this information below. When #NHL player contract details are needed, I suggest you give these guys a follow. #NHLBruins #Hockey pic.twitter.com/KoiUEfUMcm

The rumors for moving Krejci and/or Backes mainly arose during the John Tavares sweepstakes about a week ago. As many people know, the Bruins were one of the final teams left in the sweepstakes, but could not quite land the 27-year-old star. Clearly, Boston did not have much room salary cap-wise to land Tavares, a backup goaltender, and some bottom-six role players, so a trade needed to be finalized in order to sign Tavares.

David Krejci and his $7.25 million cap hit as well as David Backes and his $6 million cap hit were among those rumored to be shipped out of Boston in order to free up the necessary space needed to fill all the holes mentioned previously. However, the no-move clause prevents any trade without the consent of either Backes or Krejci.

That special agreement made when the contract was signed is decreased to a limited no-trade clause for both players come the 2019-2020 season. For Krejci, he must provide a list that includes 50% of the current teams in the NHL that he can be traded to. If the number is odd, then he is ordered to round down.

For Backes, he will have an eight-team trade list in ’19-’20, followed by a fifteen-team trade list in 2020-2021. Either way, neither player can be moved unwillingly during this offseason. Plus, David Krejci is coming off an improved season where his point-per-game went up to 0.69 points-per-game from the 0.66 points-per-game he had a year prior. Krejci has also found success with left-winger Jake DeBrusk in the past year, bringing up the value of both players.

Finally, if the Boston Bruins feel that the contract + age of Krejci and Backes do not make sense for the future plans of the organization, then what team around the NHL will want to pay the same amount of money for the same player. The stars do not align when it comes to trading away David Krejci or David Backes – at least not right now.

So to end this all off, the Boston Bruins should avoid any trades just for the sake of making trades. The past has not been kind when the Bruins make rushed moves because of a lackluster offseason to begin with. Remember, the 2017-2018 Bruins were not expected to be as good as they were. Not entirely saying that Boston will be a Cup-favourites next season, but they might just be a playoff contender. Even without John Tavares.