For The Bruins, Tuukka Rask Is Still #1 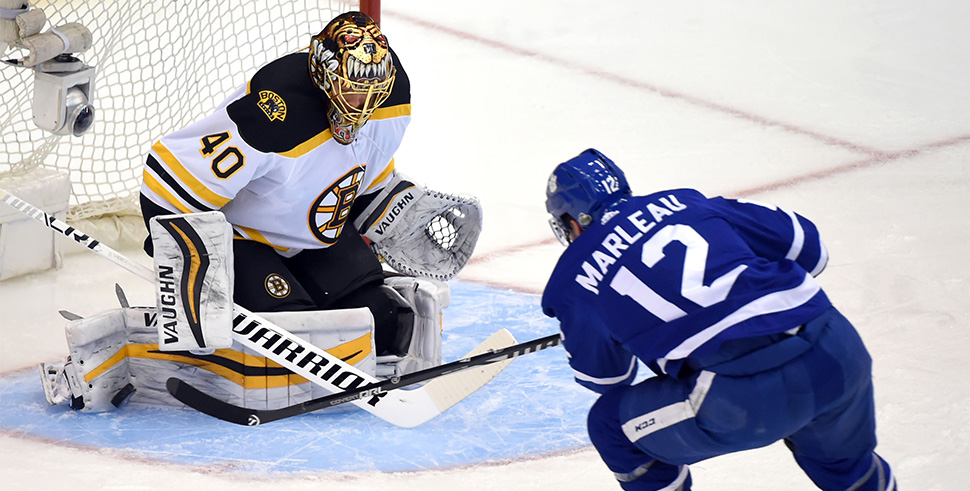 Tuukka Rask has become somewhat of a lightning rod in Boston. Often labeled a “choker,” “quitter,” or “soft” by some Bruins fans the Finnish backstop also gets criticism for his contract and seemingly any goal he concedes.

The hate is irrational as it feels like the stinging pain from that 2013 defeat to the Chicago Blackhawks still resonates. However, that was five years ago, and to Bruins fans, I say its time to let it go.

Tuukka Rask since 2013 has won a Vezina Trophy, been named an All-Star, and has posted a win/loss record of 136-77-31. Many other teams in the NHL would love a goaltender as capable as Tuukka Rask which is what makes it so perplexing that some fans want to see Jaroslav Halak replace him as Boston’s number one option in goal.

RT if you think @tuukkarask's diving stick save against Toronto was the best #NHLBruins save of 2017-18. pic.twitter.com/FkDMEGHlNY

The addition of Halak was a strong one by the Bruins. He brings a veteran presence and experience and has performed admirably behind a disorganized and aging Islanders club. He should fill into Anton Khudobin’s spot with ease playing 30 or so games keeping Rask’s workload below the 60 game mark. That’s all Halak will be for the two years he was inked to. He’ll provide stability and act as a stop-gap while Dan Vlader and Zane McIntyre compete in Providence. Don Sweeney didn’t sign 33-year-old Jaroslav Halak to take over for Tuukka Rask, and any rational fan would see that yet, it seems the majority of anti-Rask folks aren’t rational.

Yes, he didn’t play great in game 7 against Toronto, and his 5-7 record and .903 save percentage this past spring leaves a lot to be desired. However, also let’s not forget this was a goalie that won 34 games, went on a 19-0-2 run, and was in the leagues top ten for goals against average and save percentage amongst goalies with 50 or more games played. When it comes to the postseason, he’s started 65 games, and he’s been to two Stanley Cup Finals as a starter and a backup. At 31 he’s a veteran with plenty of experience, and no matter how you slice it he’s one of the game’s higher end talents in net.

A well rested, and healthy Tuukka Rask will be a major factor as this youthful Bruins team looks to compete for a Stanley Cup with its aging core. Halak will allow for Bruce Cassidy to deploy a similar strategy as he did with Khudobin to help control Rask’s workload and that will only benefit the Bruins as a whole. Halak, however, isn’t going to usurp Rask and if anything it’d be a massive downgrade if the Bruins moved Rask and inserted a tandem of Halak and or Vlader/McIntyre.

Goaltending is arguably the most important position in hockey, and you truly can’t win without it. If the Bruins are going to contend and try to win another championship, Rask will be at the forefront of it and for the time being he’s still the guy in Boston, and that’s that.