Atlantic Division Preview: Where Do The Bruins Stack Up? 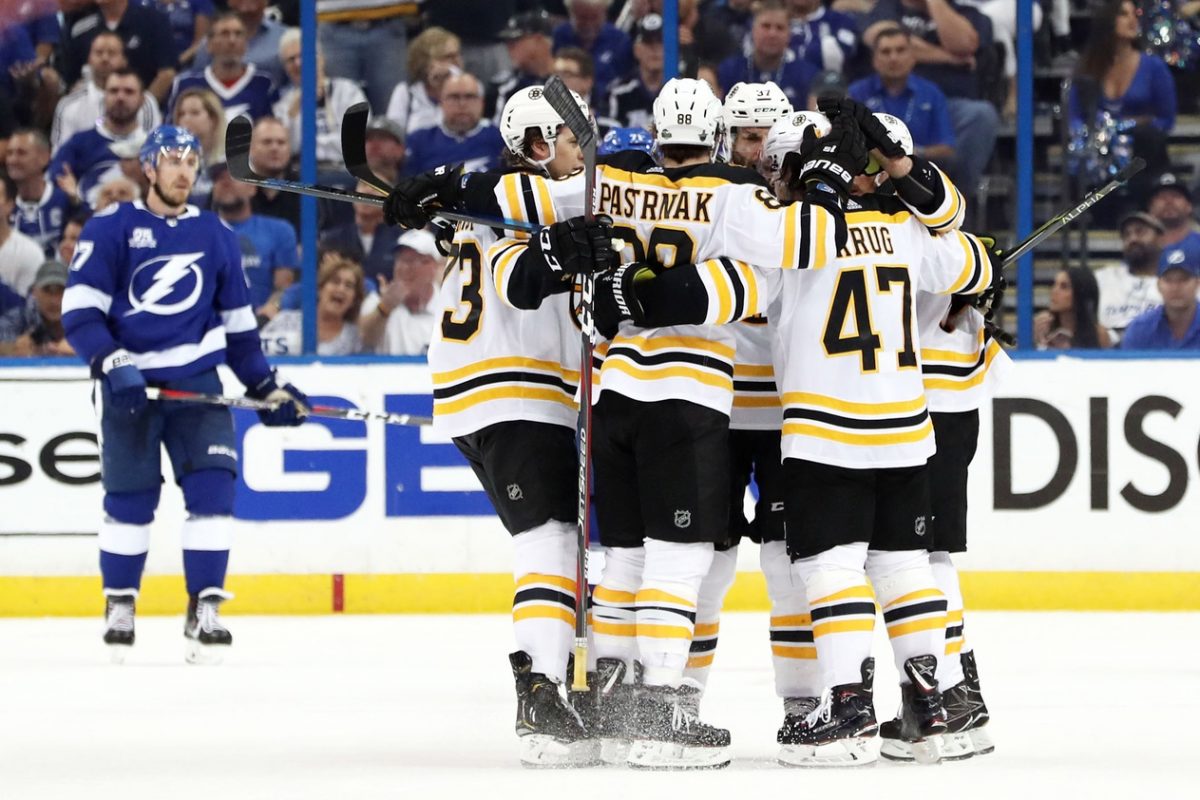 The Atlantic Division often finds itself in the shadows of the Metropolitan and Central Divisions. The Metro boasts the defending champion Capitals and before them, back to back champions in the Penguins. Meanwhile, the Central is home to some of the leagues most talented clubs like the Nashville Predators and Winnipeg Jets. Yet, the Atlantic is no slouch either, and after Toronto lured John Tavares along with Buffalo acquiring Jeff Skinner the division has added some stellar talent on top of some already strong teams.

With the division adding more superstar talent many hockey fans in New England were beginning to wonder where the Bruins fit into all this. After all, they failed at landing free agents Ilya Kovalchuk and John Tavares and didn’t add a marquee name through trade like Artemi Panarin or the aforementioned Skinner. Instead, they added depth forwards Chris Wagner, Joakim Nordstrom, stay-at-home rearguard John Moore, and veteran backup Jaroslav Halak to a relatively mixed team of young and aging stars that managed to finish with 112 points, the fourth most league-wide.

While the Bruins made solid, under the radar moves to shore up their roster, some fans doubt their new acquisitions will muster much against John Tavares and the Leafs, who took Boston all the way to a game seven without the star center.

The Atlantic does have its bottom feeders like the Canadiens, Senators (yikes), and Red Wings, however, the rest of the division has improved. Florida missed the post season by just a point, the Sabres are young but seem to be heading in the right direction, the Leafs added a superstar, and the Lightning are still fairly intact.

Its safe to expect the Bruins to be in a similar spot as last season. They may not come close to cracking 112 points but, they should be a 100 point team competing for the second or third seed in the division with the Leafs. The Bruins still have one of the league’s best first lines, healthy youngsters on defense in Charlie McAvoy and Brandon Carlo, and who could forget Tuukka Rask tending goal. Losing depth pieces like Riley Nash and Tim Schaller were really their biggest losses, but those holes can be filled by Nordstrom and Wagner. The Bruins top six and their core are largely still together and healthy, and while Tavares makes the Leafs and even greater challenge, the Bruins can still match up with them.

As mentioned before the Panthers missed out on the postseason by just a single point. Victimized by a poor early season stretch if they can avoid a sluggish start and whether or not Roberto Luongo can continue to defy father time the Panthers could prove to be a sneaky threat to both Toronto and Boston for that second and or third seed. However, I see Florida finishing as one of the two wild-card teams in the East as they just don’t have the same depth up front or on defense as the Bruins or Leafs.

The Sabres finished dead last in the division with 62 points a season ago. However, after adding a stud in Rasmus Dahlin, trading away Ryan O’Reilly, and adding Jeff Skinner, the Sabres seem like they’re finally putting together a legit team. Factor in a healthy Jack Eichel and budding young stars in Alex Nylander and particularly Casey Mittlestadt and the Sabres could finish with a pretty respectable record and point total. But, even with improvements up front Buffalo’s defense still has too many question marks and with Linus Ullmark expected to make the jump to full-time NHL starter, growing pains there are more than likely.

That brings us to the basement dwellers. The Detroit Red Wings had a fairly solid draft but make no mistake, they are far from the constant playoff threat they once were. The Canadiens are still as laughable as ever. PK Subban is having himself put on the cover of video games, while Shea Weber seemingly can’t make his way off injured reserve. Then that leaves us with everyone’s favorite train wreck, the Ottawa Senators. Can someone just rescue Erik Karlsson already? Please?

The Atlantic Division could be in line to make some noise this season. Adding John Tavares to a division already including Nikita Kucherov, Steven Stamkos, Auston Matthews, Brad Marchand, Patrice Bergeron, and so many more elite players should make for some great hockey. As for the Bruins, while they might not reach the same level of success as last season, they should be right in the thick of it. The 2018-19 NHL season is shaping up to be one of the most interesting seasons in league history, and with it just a few months away till opening puck drop, buckle up.