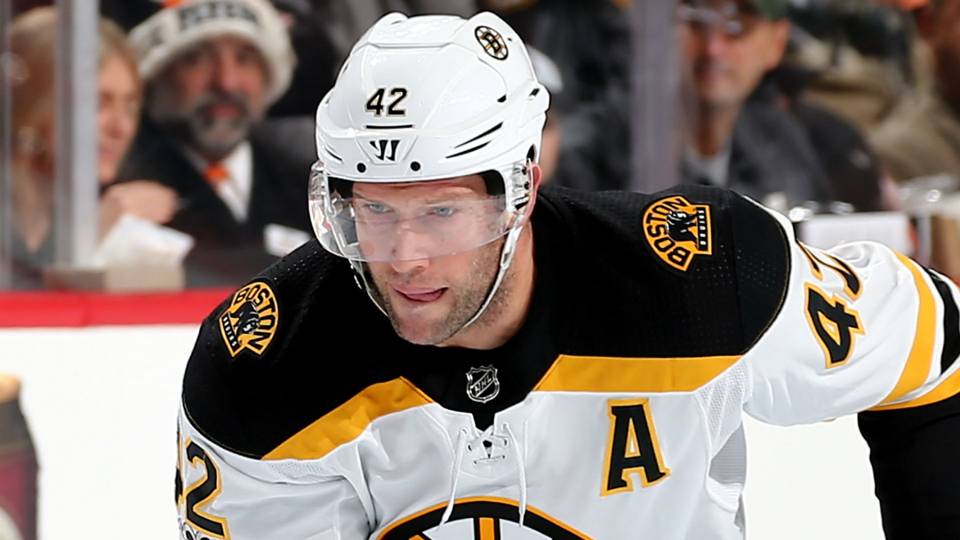 There are good signings and then there are bad signings. Often times, the final verdict that decides if a player’s new contract is either “good” or “bad” comes after an unsuccessful time with that new team. However, sometimes the length of the contract or the amount of money the player is making can be difficult to swallow due to the age or how prone they are to injuries.

In this article, three players in recent Bruins history will be listed under the list no one wants to be on, the Worst Bruins Signings In Recent History.

Matt Beleskey was coming off of an eight-goal playoff season with the Anaheim Ducks when he signed a 5-year contract worth $3.8 million per season in July of 2015.

Considered by many to be one of the best unrestricted free agents in the 2015 NHL free agent class, Matt Beleskey had some big expectations to fill — expectations that came directly from the Bruins fans themselves. Kevin Allen of USA TODAY Sports ranked Beleskey as the fourth-best UFA available to teams that summer, so when Boston signed him, it seemed like Boston was in serious contention to make the playoffs once again.

As we know, the Bruins failed to qualify for the 2015 Stanley Cup Playoffs — the first time they did not make the postseason in 7 consecutive years. The surprise absence in the playoffs led the Bruins to make some free agent signings, and of course, Beleskey was one of those players.

In the 2015-16 regular season, Beleskey had a decent year, scoring 15 goals and 37 points total over the course of 80 games. Matt also landed the most hits on the Bruins roster, with 260 hits counted. But the following season, Beleskey failed to continue the play of the previous year. In December of 2016 he injured his right knee, sidelining him for 7 weeks.

Once he reunited with the club, Beleskey was never really able to find his groove once again and only finished the year with eight points in 49 games as well as a -10 rating. Bruins head coach Bruce Cassidy touched on that when asked about scratching Beleskey in an article by Steve Conroy of the Boston Herald.

“That’s part of it. It’s not punishment. With his injury, we’ve got to get him back up to playing speed, playing pace.” – Bruce Cassidy, Bruins Head Coach

The belief was that if Beleskey can have a solid recovery over the offseason, there is a chance he can come back to the time where he scored 22 goals with the Ducks back in 2014-15. Unfortunately for him and the team, he only played 14 games with Boston due to frequent healthy scratches. The Bruins eventually placed the Windsor, Ontario, Canada native on waivers, where he went unclaimed.

Beleskey did play 21 games with the Providence Bruins, posting 4-2-6 totals. That would mark the end of his career as a Boston Bruins as on February 25 he was sent to the New York Rangers along with Ryan Spooner, Ryan Lindgren, a 2018 first-round pick, and a 2019 seventh-round pick in exchange for Rick Nash.

Even though he is no longer on the team, the Bruins are still paying half of his yearly salary ($1,900,000) for the next 2 seasons. 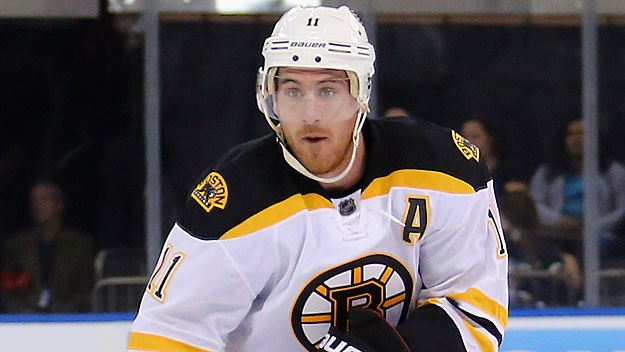 Jimmy Hayes was not a player the Bruins signed in free agency, but the signing did occur during the summer. On July 1, Hayes was sent to Boston from the Florida Panthers in exchange for Reilly Smith and Marc Savard’s contract. Five days after the trade, the Bruins and Hayes came to an agreement on a 3-year deal worth a total of $6.9 million ($2.3 million annual average).

At first glance, the dollar amount and the length of the contract don’t seem too bad, as Hayes was only 25 at the time of the new deal. However, the performance after the deal was less than lackluster and the Bruins may have felt a tad bit of regret after making that trade, especially considering the success Reilly Smith has had since leaving the Boston organization.

After 2 seasons with the Chicago Blackhawks that only saw him produce a grand total of 13 points over 43 games in the time span, Hayes may have truly found his worth with the Florida Panthers. In the 2014-15 campaign — his first full one on the Panthers — Hayes scored 19 goals and totaled 35 points during the 72 games that season.

The Dorchester, Mass. native found some decent success in his first year in Boston, finishing the 2015-16 season with 13-16-29 totals and a -12 rating in 75 games. However, it would be short-lived as in the following season, Hayes would only play in 58 games, scoring a measly five points during that time.

The Jimmy Hayes contract is considered one of the worst ones the Bruins have made in recent history mainly because he achieved such little and the player that the Bruins ended up losing went on to succeed. 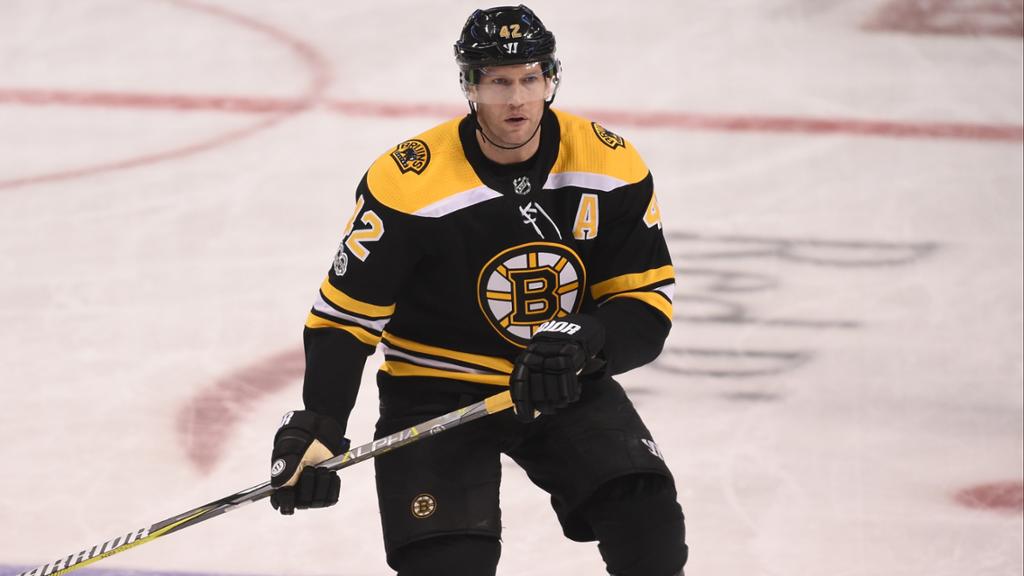 Last but not least, David Backes — the only player on this list to still play on the Bruins to this day. And yet, he might just have the least likable contract of all.

When David Backes signed his 5-year, $30 million contract in the summer of 2016, he was coming off of a 5-year stint as captain of the St. Louis Blues. His 727 career games with the Blues is the fifth-most in franchise history. He also is sixth for most goals as a Blue (206), 10th-most assists (254), and he has scored the sixth-most goals of any player in St. Louis Blues history with 460.

Backes was considered the face of the Blues team while he was there and many longtime fans expressed their disappointed feelings when Backes signed with Boston. The love for Backes came from his physical play with the added fact that he could score 30 goals when needed as he did so in both 2008-09 and 2010-11 with 31 goals in each of those 2 seasons.

In every season he played in St. Louis, Backes tallied over 200 hits, (other than the 2012-13 lockout season) and he often had a positive ratio of takeaways to giveaways. Prior to Free Agency Frenzy 2016, The Hockey News ranked Backes as the third-best unrestricted free agent available and luckily for Boston, he signed with them.

However, Backes has not quite lived up to the hype that was created for his arrival. In his first season back in 2016-17, David posted 17-21-38 numbers in 74 games played along with 225 hits. Decent numbers, but for a player receiving $6 million per season, some expected more out of the Minneapolis native.

During the past season, Backes has dealt with numerous injuries such as colon surgery and a laceration on his leg. Backes also served his first NHL suspension for a hit on Detroit Red Wings player Frans Nielson — a suspension that put him out of action for three games.

Even with the limited playing time, Backes still managed to put up 33 points in only 57 games and even earned the Third Star of the Week on January 1 following three goals and three assists in only three games.

Earlier in August, Backes voiced his opinion on how on the upcoming season will go for him and the Boston Bruins in an article via Jesse Pierce on NHL.com.

“We had a lot of freak injuries, a lot of missed time that was kind of one-off type instances,” Backes said. “So I’m looking forward to a full season, getting in the trenches, getting in some games and getting deep in the [Stanley Cup] Playoffs. I put it in perspective. You have colon surgery — that’s not going to happen this year. Chances say you get your leg cut by a skate, that [hadn’t] happened in 12 years. A suspension, that [had] never happened before. So all those things just happening in the course of one season — my money’s on none of that happening this year.”

The main reason David Backes is on this list of the worst contracts is his age of signing and the age of when the deal will expire. Backes was 32 years of age at the time of the contract signing and will be 37 when it is all said and done. That idea is a bit concerning considering his history of head injuries — most recently a concussion suffered in the 2018 Stanley Cup Playoffs.

While injuries can happen to every single player in the National Hockey League, head injuries are arguably the most common and some of the most dangerous — especially if the player already has had multiple concussions in the past as previously stated with Backes.

Recently, I posted a poll on my Twitter (@tkdmaxbjj), asking people who they thought is the worst contract out of the three players mentioned in this article.

*Jimmy Hayes was acquired via trade, but Boston signed him 5 days after the trade.

If I were to pick one of these contracts to be the “worst,” it would be Matt Beleskey’s 5-year, $19 million contract. When considering the length of the deal in addition to the lack of production and the remaining salary retention, Beleskey comes out as the clear worst deal.

Jimmy Hayes’ contract was only 3 years and the salary being paid out to him via the buyout is not something to panic about. Additionally, the Boston Bruins have the option to move David Backes’ contract next offseason when his current no-move clause becomes a modified no-trade clause, (eight-team trade list) if the upcoming season is unsuccessful.

Were there any bad signings by the Boston Bruins in recent history that I did not cover? Let me know by messaging me on Twitter @tkdmaxbjj.