Cap Crunch: A Look At The Bruins Cap Situation 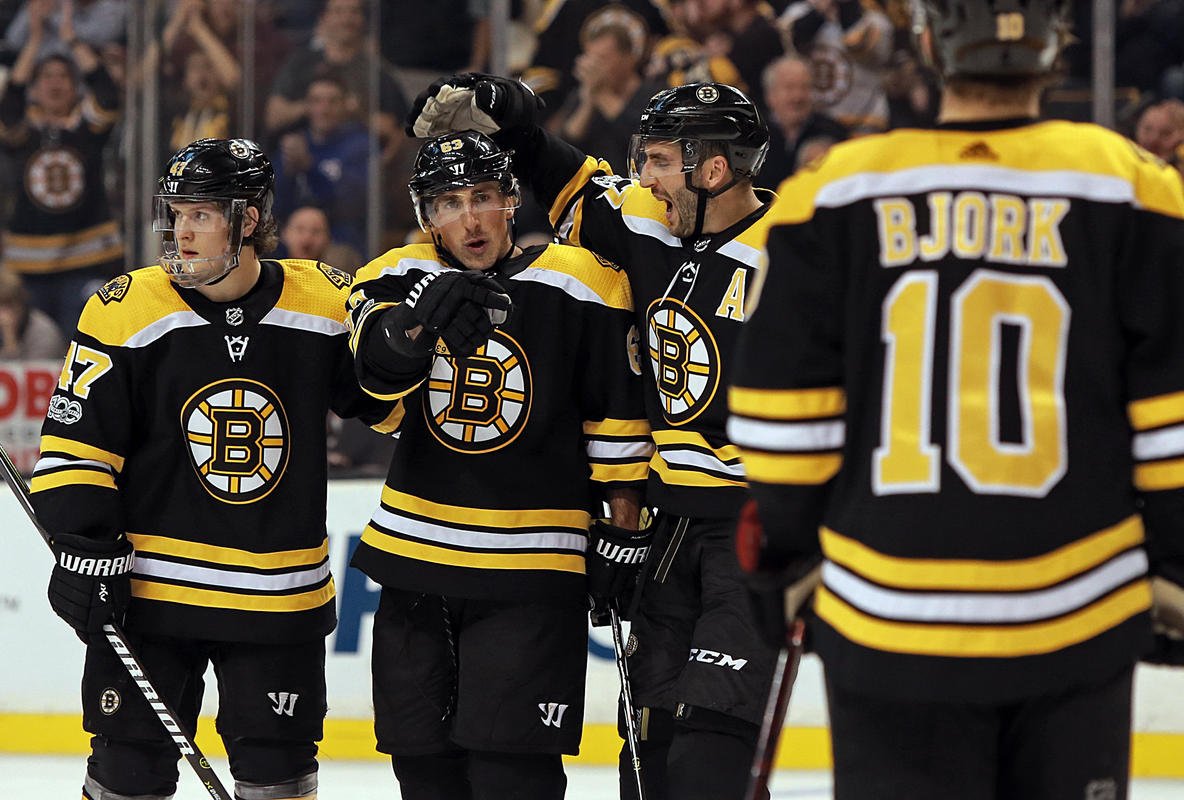 The salary cap. A constant worry for all NHL General Managers. The more money you have, the more flexibility comes with it. The Bruins paid the price and were in “cap jail” after winning the Stanley Cup in 2011. Role players and fourth-liners like Chris Kelly and Greg Campbell were given deals that had plenty of term, but by the second year, you could see they were declining at a rapid rate. That forced Peter Chiarelli’s hand at the time, and he had to ship away from the likes of Johnny Boychuk and Dougie Hamilton to name a few. Those players could not fit in with Bruins’ cap situation and Boston paid the price, missing the playoffs in 2014 and 2015. Let’s see how the Bruins can handle their current cap, so they do not have to deal with problems like this again.

Coming into the 2018-19 season, the roster appears to be set. They have committed all but $2,959,333 of their $79,500,000 cap number. Don Sweeney has done a great job getting extensions for Brad Marchand and David Pastrnak done well below market value. Pastrnak signed a six-year, $40 million extension last September at an affordable $6.67 million AAV. Marchand’s deal appears to be looking better every day for Boston. The forward signed an eight-year, $49 million deal with an annual hit of $6.125 million. For a player with 170 points in his last 148 games, Boston found the perfect time to extend him. Pair these two with Patrice Bergeron, who is under contract for another 4 years, and your first line is locked up for a shade under $20 million.

Next season is where it could start to get tricky for Neely, Sweeney, and the rest of the front office. The Bruins have some young, emerging talent that will need new deals by the start of the 2019 season. The most important player in that bunch has to be Charlie McAvoy. McAvoy shined during his debut in the 2017 playoffs and built on his great start by playing a solid two-way game for Boston in his first full season last year. McAvoy showed glimpses of being the next great Bruins defenseman behind the likes of Bobby Orr, Ray Bourque, and Zdeno Chara. I feel that the Bruins will do whatever is necessary to keep McAvoy in the picture for a long time coming.

The problems don’t stop there for the front office. Crucial and potentially young core pieces such as Ryan Donato, Brandon Carlo, and Danton Heinen will all be restricted free agents at the end of the upcoming season. It’s tough to decipher what type of deals the three players will get. But what we have seen from them in a short sample size makes me believe the Bruins will want these guys around for the long haul. Carlo is a right shot defenseman — a position that is very valuable throughout the league. Heinen has shown his hockey IQ throughout his time in Boston, and his versatility is nothing to scoff at as well. He’s played wing, center, and the point on the power play. And Donato could be the trigger man that David Krejci needs to solidify the second line, with Jake DeBrusk playing the other wing.

The Bruins have $16.5 million in cap space at the end of the 2018-19 season committed to 16 players. Zdeno Chara and Adam McQuaid both come off the books at season’s end. Do the Bruins give Chara another 1-year deal if he continues to show he can still play? Or does his $5-plus million salary go to extensions for the kids? We have also heard Torey Krug rumors for months, and it makes you wonder, with 8 NHL-caliber defensemen, if a move is brewing. A Krug trade could bring some cap relief to Boston and/or valuable assets. But a trade could also leave Boston with a gaping hole on their first power play unit.

Projected salary cap situation currently and next summer for the Bruins. pic.twitter.com/a0OXtWjQ7D

In all, these are excellent problems to have. An abundance of young forwards and a deep defense gives the Bruins front office plenty of options. Unlike a few years ago, the Bruins have flexibility with their cap. Depending on how some players produce will determine their next contract with the Bruins, or if it’s best to go another direction. Now we sit back and wait for the season to start to see how these questions become answers.