What The Bruins Should Expect From Prospect Zboril 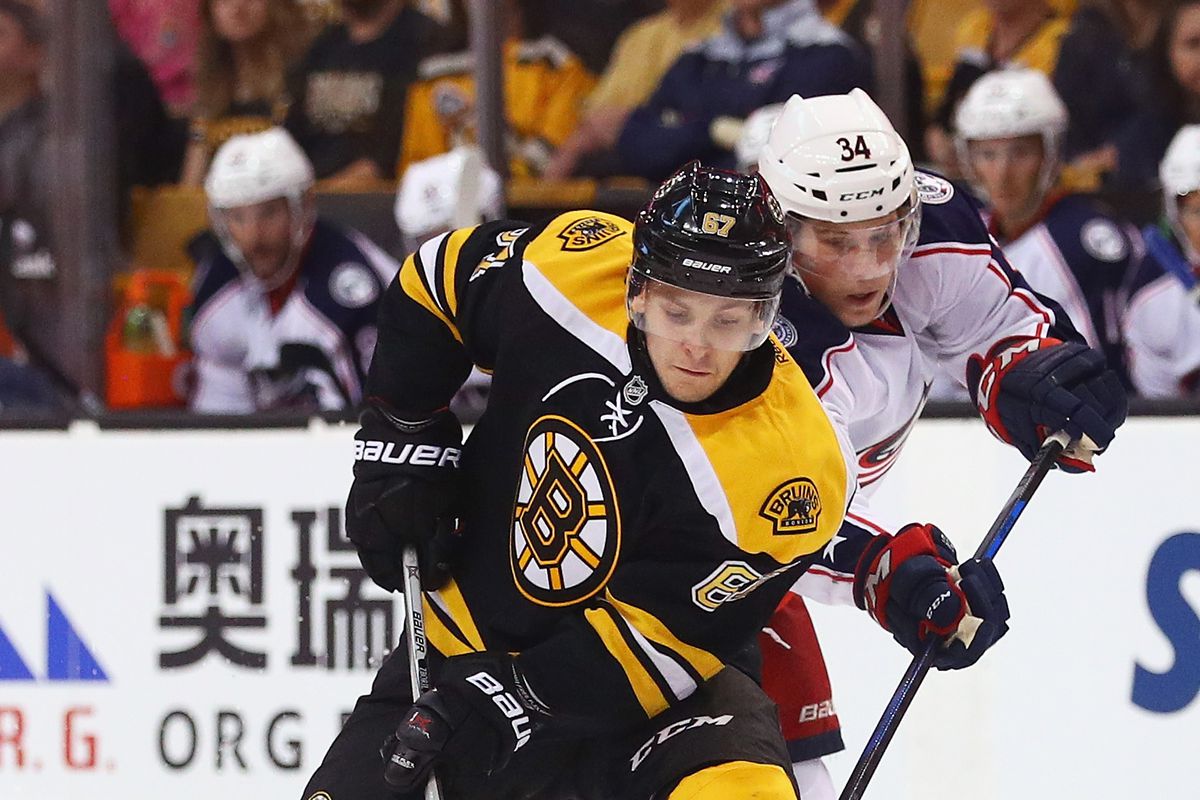 In 2015 the Bruins had three consecutive picks in the first round of the NHL draft. They had the 13th, 14th, and 15th overall picks. With the 13th pick, the Bruins took Jakub Zboril who was considered a reach at that spot in the draft. Of those three picks, only Jake DeBrusk — picked 14th overall — has made it to the NHL. Zboril may soon join DeBrusk in Boston and is coming off a very good season in Providence. His path to NHL has not been easy, and at first, it looked as if the former first-round pick may turn into a bust.

After being considered a reach at 13 overall, Zboril’s first developmental camp was a disaster. He looked out off place both on and off the ice. Zboril suffered an injury the year before the draft and was still having problems with his knee. At developmental camp, he failed his conditioning tests and was ripped on social media. But since that first developmental camp, he has shown the tools that made him a first-round pick. After recording 33 points for the Saint John Sea Dogs in 2014-2015, Zboril had only 20 points in the 2015-2016 season. He was able to rebound the following season, putting up 41 points 50 games for the Sea Dogs.

One of the reasons why Zboril has been criticized is the because of the players picked after him. With the 16th pick in the same draft, the Islanders took Mathew Barzal. Last year Barzal took the NHL by storm as a rookie scoring 22 goals while adding 63 assists. While Barzal was tearing up the NHL, Zboril was in Providence — where it took him 40 games to score his first professional goal.

But Zboril finished his first season in Providence on a roll, which gives the Bruins hope. He finished the season with four goals and 15 assists in 68 games. He will enter training looking to prove himself and earn a spot in Boston. It will not be easy since the Bruins already have eight defensemen under contract next season — not including Zboril.

Zboril is a two-way defenseman that plays to his strengths in all three areas of the ice. He is not afraid to take a hit to make a play. Before the draft, he drew some comparisons to Keith Yandle, who has had a very productive career. This year’s training camp will not be Zboril’s last chance to crack the Bruins roster. The B’s will still have him under control on his rookie deal through the 2019-2020 season. With Zdeno Chara likely to retire sooner rather than later, the Bruins need another a top-four defenseman alongside Charlie McAvoy. Zboril could be that player, and after looking like the bust of the draft class, he has made huge strides the past two seasons.

Jakob Zboril does three things right here: heads up play to keep the puck in, great aim through traffic, and puts the @AHLBruins ahead on the man advantage. He’s not much of a goal scoring defenseman but you can see his high-level skill on display. #nhlbruins #bruinsfam #ahl pic.twitter.com/w6XgQxsUFe

Making the team out of camp is highly unlikely for the former first-round pick. He still has some improvements to make in Providence before he is NHL-ready. Zboril does have a chance to leave an impact and help the Bruins later this season. Injuries are inevitable over a season, and that could be his first chance to make his mark. The Bruins still have faith in him and will give the former 13th overall pick every chance to succeed. The rest is up to him.