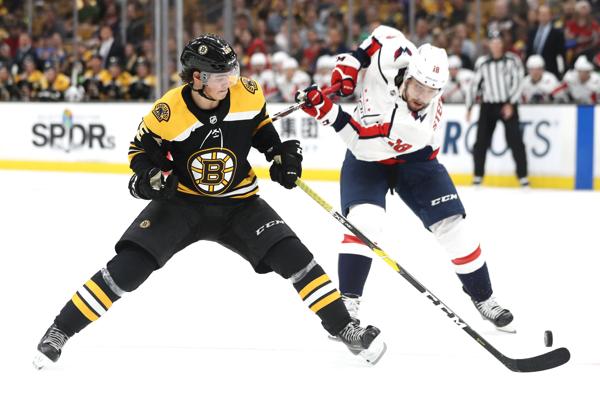 One of the most noteworthy comes in the form of 2018 second-round draft pick Axel Andersson being returned to Djurgarden IF of the SEL. Andersson had a solid summer in Boston, most notably in preseason action with the Bruins. Returning to his Swedish stomping grounds will allow the 18-year-old defenseman to grow and improve as a hockey player in SEL, a league in which he has past experience in. This past Saturday, Axel got in the board in some preseason action this past Saturday against the Detroit Red Wings.

Additionally, four young Bruins are heading to Providence, as Cameron Hughes, Emil Johansson, Joona Koppanen, and Zachary Senyshyn have been sent to the AHL. Johansson and Senyshyn return to the Providence with 50+ games of AHL apiece, while Hughes and Koppanen are still getting their feet wet. All four, regardless of experience, join a group in Providence with a good mix of veterans as well as young, skilled players that could very well be a solid Atlantic division team yet again.

.@CameronHughes with the nifty deflection to get us on the board early. #NHLBruins pic.twitter.com/uQmBVkpSW3

To wrap up the series of moves, forward Tanner Pond will report to Providence as well. After amassing 163 penalty minutes on top of 37 points in 61 games with the Atlanta Gladiators last season, Pond is not one to shy away from the fisticuffs.

The moves will continue to come as the regular season gets closer and closer to the regular season. One thing is for sure — roster decisions won’t become any easier for Bruins management as some roster battles still rage on.