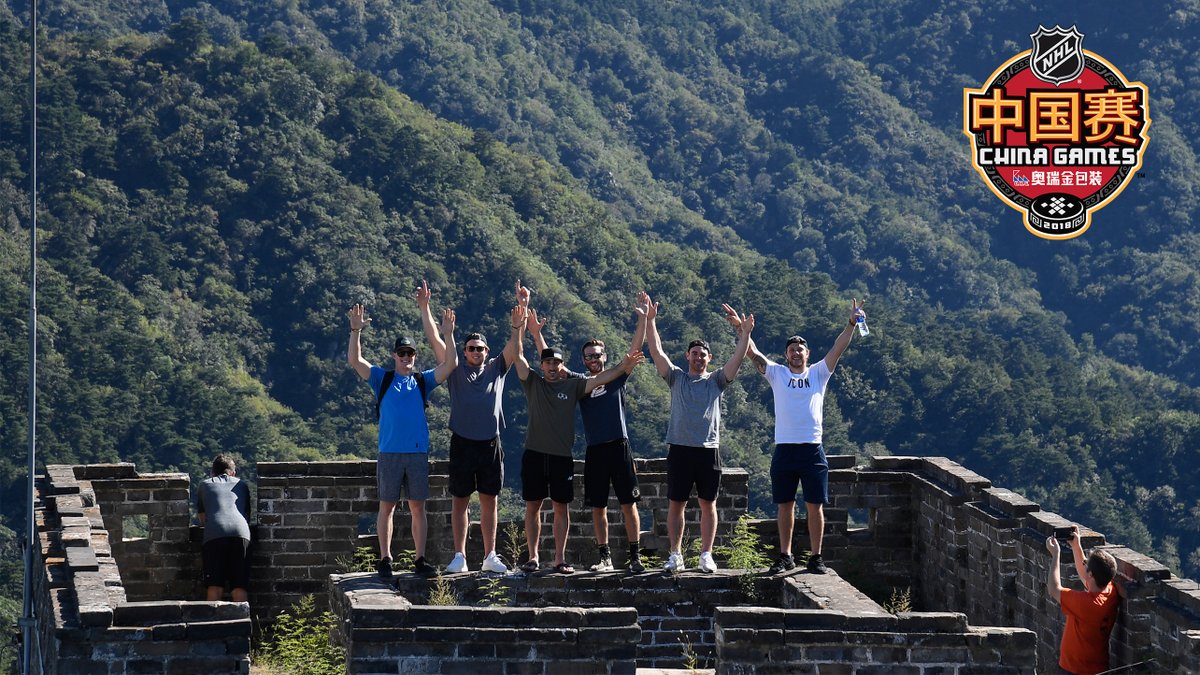 The 2018 NHL China Games were held this past week at the Universiade Sports Center in Shenzhen, China, and the Cadillac Arena in Beijing, China. The China Games was the first of a few planned international trips for the NHL this season. October 1st commences the NHL Global Series, which will take place in Switzerland, Germany, Sweden, and Finland with The New Jersey Devils, Edmonton Oilers, Florida Panthers, and Winnipeg Jets, who will be dispersed among each location. Two of the series will be played against international teams native to the country being played in.

Unfortunately for the Bruins, this trip had some bumps in the road. Patrice Bergeron would stay back in the U.S. as he continued to rehab from surgery due to a groin injury suffered last season. David Krejci became a late scratch for the trip, unable to travel to China due to issues regarding his visa. Once the B’s landed in China, they had realized something was missing as their luggage was nowhere to be found. Chinese customs held both the Bruins’ and Flames’ belongings through Thursday, ultimately canceling practices.

First on the itinerary for the B’s was the Great Wall of China. Trekking miles upon miles, the team was able to bond and take in the beautiful scenery China has to offer. Of course, team bonding cannot go without some competition, right? Well, that’s what David Pastrnak and Brad Marchand believed. The pair took on a bet where a rock-paper-scissors game would be played, and the loser would have to carry the winner across the Great Wall. After the two had given their try at winning the bet, it was decided that Marchand would be carrying Pastrnak the rest of the way. All in all, the B’s were able to enjoy the day and enjoy each others’ company.

September 15 and 19, the Bruins were set to face off against the Calgary Flames for a two-game series, which resulted in a sweep by the Bruins. The first game was a hard-fought battle by both teams, but the Bruins managed to lead in the first period with three goals scored by Trent Frederic, Ryan Donato, and John Moore. Later in the first period, Sean Monahan scored for the Flames and captain Mark Giordano officially tied it up in the third.

.@JDebrusk won it in the fourth round of the shootout, while Jaroslav Halak impressed in his #NHLBruins debut.

📝 Notes and observations from the B’s 4-3 preseason win over Calgary at the #NHLChinaGames: https://t.co/2iC71gUYK6

The 3-3 tie forced the game into a scoreless overtime causing a sudden-death shootout, where left winger Jake DeBrusk scored the game-winning goal.

In the second game, the Bruins defeated the Flames with a 3-1 score. Once again, DeBrusk scored the first goal for the Bruins during the first period, followed by a goal from Sean Monahan in the second, tying the game at 1-1. DeBrusk, whohad  left the game in the second suffering from a stomach bug, returned to the ice in the third period to score the Bruins’ second goal, followed by Kevan Miller’s empty-netter during the final minutes to seal the win over Calgary.

“He’s grown as a player…lots of pace to his game, finish in tight. He showed a lot of that the second half of last year. Good growth.”

Now that the Bruins are back in the U.S., they are concentrated on the remaining preseason games and start of the regular season. Bergeron is on the mend, which is exciting news for the team as he expects to hit the ice for the kick off of the regular season against defending Stanley Cup champions, the Washington Capitals. So far, the preseason has treated the Bruins nicely and should they maintain the work they have been putting in. It should be a promising start to the 2018-19 season.

“You miss these guys…but we’re all here, we’re all walking around, all saying hello to each other, it’s good to be under one roof.”

📝 B’s adjusting to being back in Boston: https://t.co/vToHvnMMOz