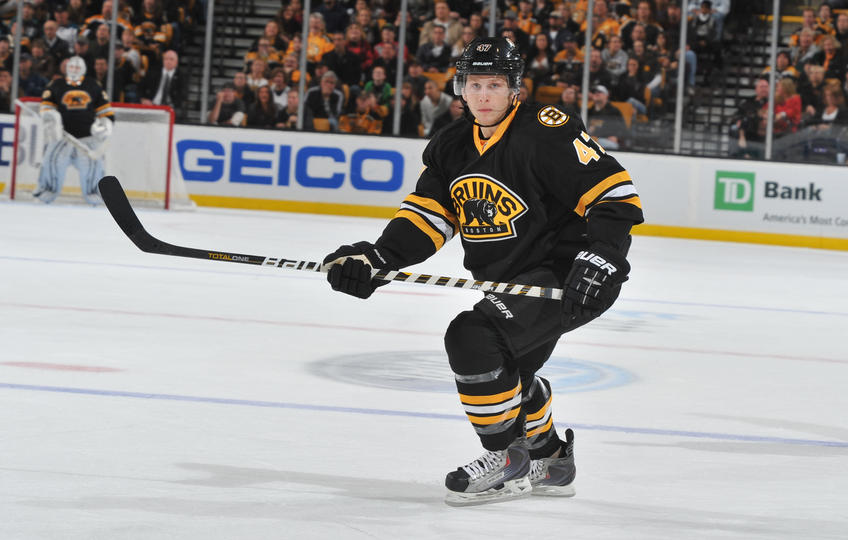 The Boston Bruins have traded Adam McQuaid to the New York Rangers. In return, they have received Steven Kampfer, a fourth-round pick, and a conditional seventh-round pick — both of which are 2019 selections.

It has been five years since Kampfer last laced up his skates and took the ice in a Bruins uniform. After appearing in 48 games across two seasons in Boston, he was traded to the Minnesota Wild during the 2011-12 campaign for fellow blueliner Greg Zanon. It seems important to review the road the defenseman has taken back to his former team in order to evaluate just what he will be bringing to the Boston roster.

Kampfer has bounced around the hockey world throughout his NHL career. Following the move to Minnesota, the Michigan native played in 13 contests in a Wild jersey during the 2011-12 season. He proceeded to play in the AHL for the Houston Aeros and Iowa Wild, notching 47 points in 124 appearances. Kampfer then played with the then-Florida Panthers affiliate, the San Antonio Rampage, before moving back up to the NHL.

With the Panthers, Kampfer appeared in 128 contests across three seasons. The defenseman was then traded to the Rangers, packaged with a conditional seventh-round pick, in exchange for Dylan McIlrath. He was subsequently sent back down to the AHL to play with the Hartford Wolf Pack for 43 games before his return to the NHL to play just 10 games in New York during the 2016-17 season.

This past season, Kampfer saw 22 games in Rangers uniform. During that span, he registered just two points, a total of 20 penalty minutes, and a plus-minus rating of minus-seven. He soaked up an average of 17:15 that year — only topped by the 2010-11 season (his first in Boston) in which he averaged 17:44 in 38 appearances.

Kampfer is unarguably a utility player. The likelihood of him seeing NHL ice during his second go-around with the Bruins is slim. Boston has seven NHL-ready defensemen in Zdeno Chara, Charlie McAvoy, Torey Krug, Brandon Carlo, Kevan Miller, Matt Grzelcyk and the recently-acquired John Moore. There will be one of those aforementioned players taking the role as a seventh defenseman if another blueliner isn’t shipped out, leaving Kampfer similar to a third-string quarterback. If you are a football fan, you know that a third-string player almost never sees the field.

Steven Kampfer collects his first as a Blueshirt. 1-0 #NYR pic.twitter.com/1U8SbE9p2o

In other words, it will take a significant number of injuries or a trade for Kampfer to journey from the rafters to the ice level. He could very well don a black and gold jersey — not in Boston but rather with the Providence Bruins of the AHL. There he could potentially thrive and give a few pointers to some of the organization’s developing defensemen.

This trade was not about acquiring Kampfer but instead of getting a stagnant cap hit off the roster. McQuaid soaked up $2.75 million in cap space while Kampfer only hits the salary cap for $650,000. Both are to become unrestricted free agents this summer. McQuaid would have likely slipped into free agency as a number of other Bruins — such as McAvoy — will take priority in the re-signing phase.

Kampfer is easily expendable as well and could see himself hitting the open market come 2019. However, that is assuming he doesn’t make a decent impact in the wake of an injury.