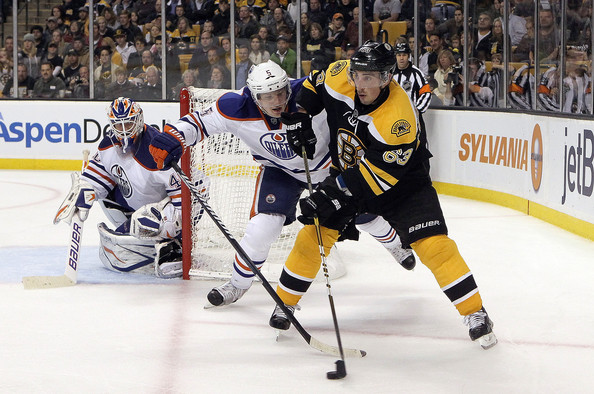 The Boston Bruins will take on the Edmonton Oilers on Thursday night. The unpredictable Oilers finished the 2017-18 season with a 36-40-6 record. They have the ability to become lethal with players like Connor McDavid and Leon Draisaitl but also fail to string wins together consistently. The Bruins will soon see which version of the Oilers they are forced to face.

Edmonton is 0-1-0 after losing 5-2 to the New Jersey Devils in their opening match of the season in Sweden. Meanwhile, the Bruins have rebounded from a disappointing opening night and battled back to a 2-1-0 record.

The Bruins’ first line has been something to marvel at. Patrice Bergeron potted a hat trick on Monday in Boston’s home opener which turned out to be a historic night for the alternate captain. The three tallies brought him up to four goals and two assists through three games as he looks to break his 63 points in 64 games from last season. Bergeron is seven goals shy of 300 in his career and will likely break that threshold before his 1,000th career NHL appearance which, barring a serious injury, will come at some point this season.

Brad Marchand leads the Bruins in points with seven assists through the team’s first three games. He is still searching for his first goal of the season, but it’s nice to see the notorious winger’s play-making abilities are still very much alive. Marchand recorded 34 goals and 51 assists in just 68 games during the 2017-18 campaign. He could be well on his way to 100 points if he can stay out of the reach of injuries and suspensions.

David Pastrnak has three goals and two assists thus far. All but one of his five points have come at even strength, so it is likely the 22-year-old’s goal to contribute to Boston’s power play going forward. Pastrnak is just three goals shy of the 100th of his career and after Bergeron’s display against the Ottawa Senators, a Pastrnak hat trick against the Oilers isn’t out of the question.

Connor McDavid is seemingly always on top of his game. He had two assists against the Devils in Edmonton’s opener but is still looking to notch his first goal of the season. McDavid has broken the 100-point threshold in both of his last two seasons and hasn’t failed in being a point-per-game player yet in his career. He has 258 points in 210 career NHL appearances entering play against Boston on Thursday night. 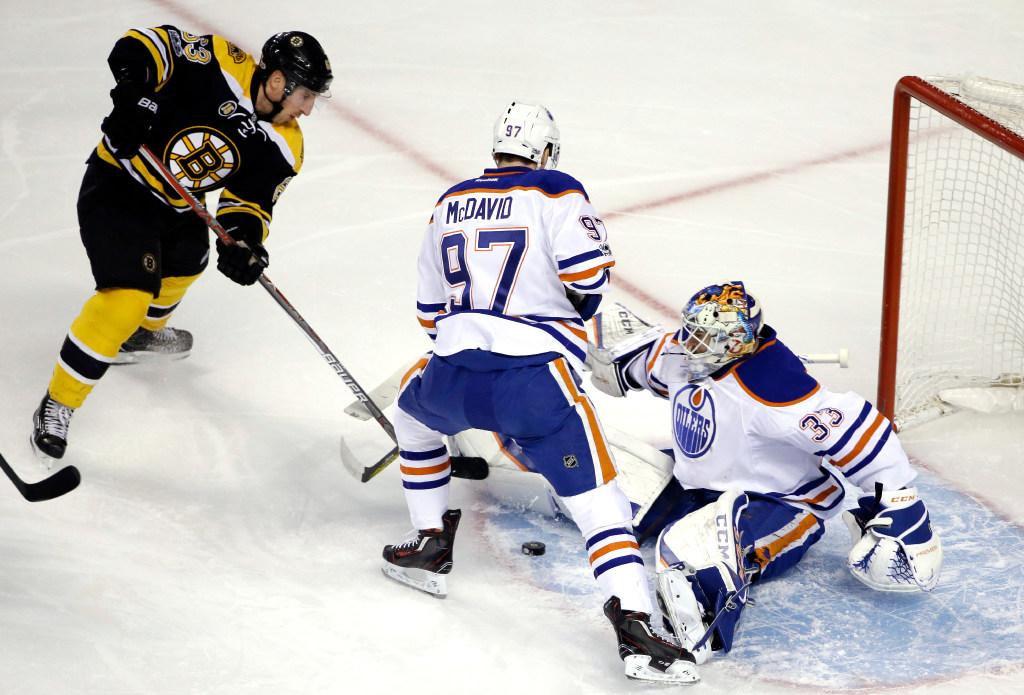 Milan Lucic is also off to a good start. Playing alongside McDavid, the former Bruin registered a goal and an assist against the Devils and will undoubtedly look to add to his point total at TD Garden — a building in which he has seen much success. During his eight seasons with the Bruins, Lucic produced 342 points in 566 games while sitting in the penalty box for over 770 minutes. As an Oiler, the power forward has 34 goals, 52 assists, and 130 penalty minutes in 165 games.

David Krejci has struggled early in Boston’s 2018-19 campaign. He has just a single assist thus far and is working on breaking out of a slump that has plagued him since the 54 points he put up in the 2016-17 season. As Boston’s highest-paid player, the Bruins need more from their second-line center. In an effort to shake things up, Bruce Cassidy will be skating Joakim Nordstrom alongside Jake DeBrusk and Krejci on Thursday night.

Speaking of DeBrusk, the 21-year-old has failed to register a point yet this season. The Edmonton native will be facing his hometown team on Thursday night, which may spark something within the winger. DeBrusk tallied 16 goals and 27 assists last season, but the Bruins should be expecting a 20-goal season out of him this year. However, we’ve all heard of the sophomore slump, and DeBrusk will be desperately trying to avoid that fate. A point against the Oilers would be a good place to start.

Oilers defenseman Matt Benning was a minus-3 against the Devils and will look to turn things around on Thursday. He trailed just Darnell Nurse (who was also a minus-3) and McDavid in ice time in Edmonton’s opener and will likely see a down-tick in his 21 minutes if he doesn’t show signs of improvement quickly.

The Bruins will certainly look to take advantage of the Benning and Nurse pair on Thursday who clearly struggled against the Devils. The Oilers’ top defensive unit will need to turn things around quickly if they expect to survive Boston’s first line in Bergeron, Marchand, and Pastrnak.

However, the Bruins’ depth has been missing through the team’s first three games of the season. They will surely need them to step up if they expect consistent success, and doing so against the Oilers would be a step in the right direction. They will certainly look to capitalize on a young defensive squad on Thursday.

Overall, the Bruins are favorites for this matchup. They will undoubtedly be determined to build upon a stellar performance against the Senators. Meanwhile, the Oilers will be looking to right the ship and avoid a disappointing 0-2-0 start.