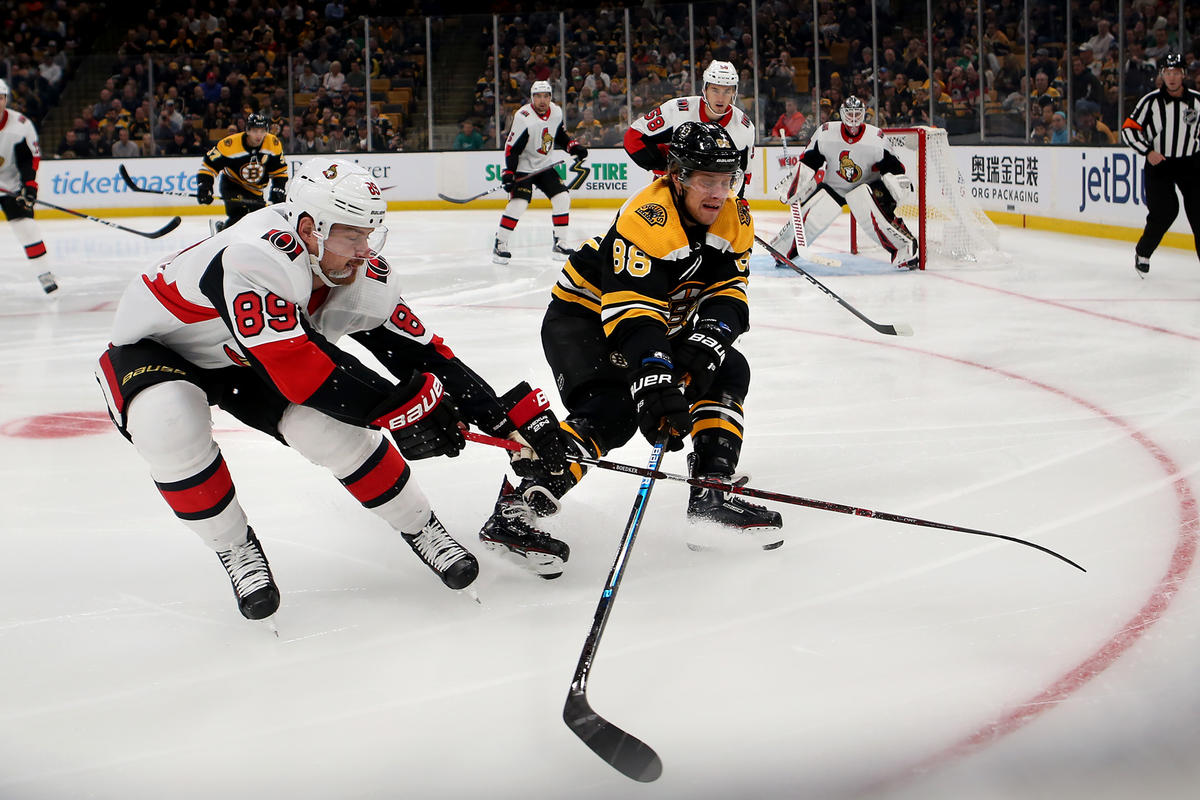 It doesn’t take much to recognize that the Bruins are currently in a rut. Boston has only salvaged two points in the first three games of their four-game road trip. The Canadian expedition comes to its completion in Ottawa on Tuesday night when the B’s take on the Senators for the second time this season.

The Senators are currently on a three-game winning streak, most recently topping the Montreal Canadiens by a score of 4-3 in overtime. Since losing to the Bruins in Boston’s home opener, the Sens have suffered from a number of injuries. They have lost Brady Tkachuk, Alex Formenton, Cody Ceci, and Max McCormick since then – the latter of whom’s status is unclear for Tuesday night’s matchup.

Brandon Carlo has been a steady force this season. With a plethora of injuries to Boston’s defensive core, Carlo has been bumped up to the first D-pair to play alongside Zdeno Chara. Though his offense could use some work (which was highlighted in Boston’s overtime period against the Vancouver Canucks), the 21-year-old has held his own in the Bruins’ own end of the rink. He will need to continue his shut-down defense if the Bruins are to close out a hot Ottawa team.

David Krejci hasn’t been all too bad thus far. In his last five games, the centerman has registered a goal and four assists. More is expected from him as the season moves along, but it is a sign that Boston’s second line isn’t far from kicking into gear. Bruce Cassidy is still juggling the bottom-9, and there is hope that chemistry will be struck sooner rather than later. 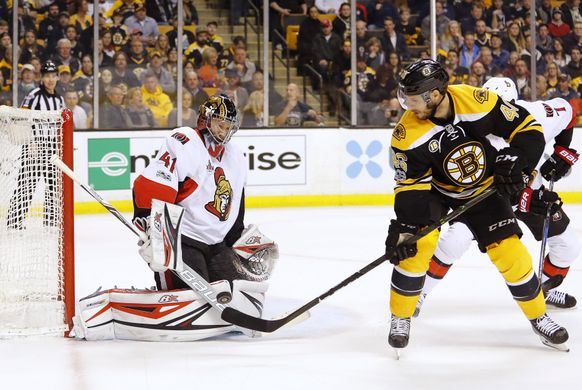 Thomas Chabot has been a force to be reckoned with for the Senators. The 21-year-old leads Ottawa in scoring with two goals and seven assists in seven games. He has also tallied five assists in his last five games while staying dominant in his own zone. The Bruins will have to taper his production which is no easy task as Chabot averages nearly 22 minutes per game.

Chris Tierney has the same stat line as Chabot but has registered a goal and six assists in his last five appearances. The 24-year-old was shipped to Ottawa as a result of the Erik Karlsson deal and has failed to disappoint thus far. Tierney potted 17 goals and 23 assists for an even 40 points last year with the San Jose Sharks and is well on his way to breaking that threshold this season. He has tallied four assists on the power play throughout the 2018-19 campaign so Boston’s penalty killers will need to cut off the passing lanes when Tierney has the puck.

Tuukka Rask has struggled this season. He is 2-2-0 to start the year with a .875 SV% and 4.08 GAA. In his last start against the Calgary Flames, Rask gave up four goals on 28 shot attempts. There has been “The Great Goalie Debate” in Boston the past two seasons including speculation as to whether or not Rask will continue to be the Bruins’ go-to goalie or if a backup, such as Jaroslav Halak, will rise to the starting role. Though it’s early in the season, many believe Rask’s start on Tuesday night will impact his role on the team. 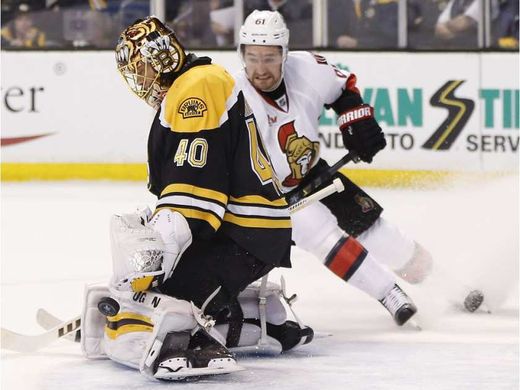 Outside of their top line and defensive pair, Boston has only seen 26 points out of their depth this season. The bottom-9 lines and bottom-four members of their defensive core really need to step up. Otherwise, the Bruins can get used to losing close games like they did against Calgary, Edmonton, and Vancouver last week.

Ottawa’s Bobby Ryan has yet to return to his Anaheim ways. The power-forward only has a goal and three assists so far this season. Much more is expected from him, especially if the Senators want to add to their 4-2-1 record on Tuesday against Boston.

Both teams have been plagued with injuries – the Bruins will not have Kevan Miller, Charlie McAvoy, Torey Krug, or David Backes for Tuesday night’s matchup. Boston will have to key in on Chabot who has been outstanding when breaking out of his own end. This will make the neutral zone a key battleground – whoever raises their banner above that region of the ice will most likely net themselves a win.

Rask is going to need to steal a few goals from the Senators as well. With a battered defense that has already failed the goaltender on a few occasions, No. 40 will have to bring not his A-game but his A-plus game. Otherwise, Boston may pick up their fourth consecutive loss and escape the road trip with just two or three points.

Ottawa, like the rest of the Bruins’ opponents, will have to shut down the Brad Marchand, Patrice Bergeron, and David Pastrnak line. Whenever Boston’s top line produces, the team tends to win. Rarely do you see that unit produce just one goal in a game, so thwarting them early will be key to a Senator’s victory.