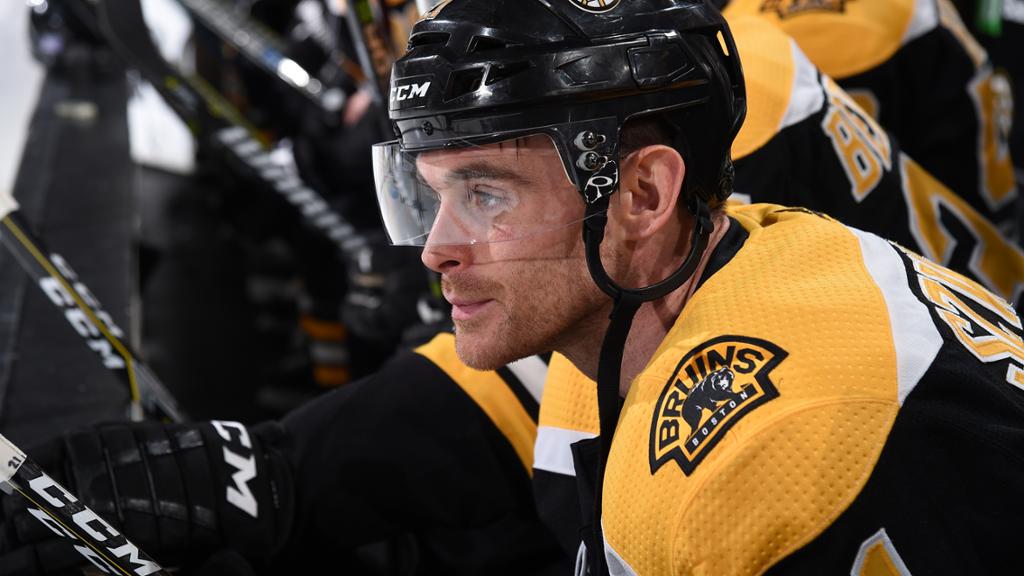 After longtime Providence Bruins defenseman departed from the Boston Bruins organization there’s been a vacancy at the role of the definitive team captain. Cross, who held the captaincy honor for the last three of his six seasons with the top minor-pro affiliate of the National Hockey Leagues Bruins. The Providence club is certainly doing things the right way with addressing the vacancy, and after six games in the 2018-19 American Hockey League campaign so far it seems Bruins Head Coach Jay Leach and supporting cast have found their guy.  Earlier today veteran forward Jordan Szwarz was named the team’s thirteenth captain in franchise history.

Szwarz, a 5′-11″ 201-pound versatile forward was originally drafted in the fourth round by the Phoenix Coyotes (Now Arizona Coyotes) in the 2009 NHL Entry Draft from the Bell Centre in Montreal, Quebec. After a successful Canadian Junior career with the Ontario Hockey Leagues Saginaw Spirit where he appeared in 262 games posting 82-122-204 numbers. The now 27-year-old Ontario, Canada native has spent the last two seasons with the Providence club contributing 43-60-103 numbers in 121 games played with the Rhode Island franchise. His career in the AHL consists of 215 points in 368 games and when called up to the show he’s played 47 games in the NHL and has 4-3-7 numbers in 35 games with the Coyotes (4-0-4), and 12 games with the Boston Bruins (0-3-3).

Jordan Szwarz being named captain of the Providence Bruins. A well-deserved accomplishment if you ask me!

Jordan came to Providence camp before the 2016-17 season on a professional tryout agreement but would later sign a one-year two-way contract with the NHL Bruins in November of 2016. After signing with the Boston he would play the 2016-17 season with the Providence club. In his first year with Providence, he led the club in scoring with 54 points in 65 games earning another contract extension from the Bruins in March of 2018. Another impressive increase for Szwarz is his dollar value at the minor-pro level for a veteran who’s entering his eighth year in the AHL. From his minor-pro contract of $65K per season in the Coyotes system to $350K playing on a two-way contract with the Providence club this season.

Szwarz is off to a slow start to the 2018-19 campaign with one assist in six games, but slow starts have been an enigma for the Providence club in recent years as they seem to find team chemistry in the month of December. Even though this team has its troubles in the early going, the team has been a Calder Cup Playoff team for six straight seasons reaching the Eastern Conference Finals once, second round appearance twice, and three first-round best-of-five exits.

Although it’s early in the regular season, hopefully, this Providence team with the tutelage of Head Coach Jay Leach and Assistant bench boss Trent Whitfield can find what it takes to get the message embedded into the heads of these developing players and supporting veterans alike. The Bruins get back to work for game two of the weekend tonight at the Dunkin’ Donuts Center in Providence, Rhode Island and try to erase the memory of last night’s overtime loss to the Bridgeport Sound Tigers at the Webster Bank Arena in Bridgeport, Connecticut.