It appears that the litany of injury issues that have plagued the Boston Bruins is not going away any time soon. With Brandon Carlo being felled in Saturday night’s win over the Toronto Maple Leafs, the Bruins recalled defenseman Jeremy Lauzon on an emergency basis for the second time this season. Lauzon proceeded to then tally his first NHL goal in Sunday’s victory over the Vegas Golden Knights. The B’s have announced that Carlo will remain in Boston with his undisclosed injury for the duration of the upcoming road trip, leaving them with only 6 healthy defensemen on their NHL roster.

To remedy this, former 13th Overall Selection Jakub Zboril has been recalled to travel with the team. Zboril, 21, is in his second professional season with the AHL’s Providence Bruins. Through 13 games, he has 2 goals and 2 assists for 4 points. His first season with the Baby B’s was rocky, to say the least, as he spent time both on the top defensive pairing and in the press box as a healthy scratch. His chances for breaking camp with the NHL team were slim, but he still looked reasonably comfortable in the games he played. This makes Zachary Senyshyn (15th Overall) the only player of the 6 the Bruins took in the first two rounds of the 2015 NHL Draft who has yet to see any time on the NHL roster. Zboril will not play this evening against Colorado, but could see action should Head Coach .Bruce Cassidy feel the lineup needs a shake-up or another injury occurs during the rest of the road trip. 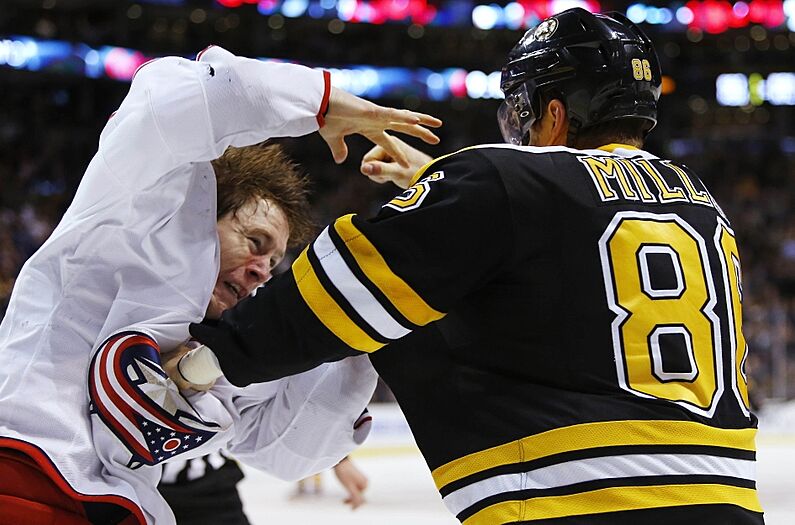 Should Zboril not be inserted into the lineup by the time the trip ends in Detroit on November 21st, he may not get a chance to this time around, as Kevan Miller is also traveling with the team. Miller has been out since early October with a hand injury that was expected to keep him sidelined until at least early December. The progression has come quickly enough for the B’s to take him with them, despite publicly stating that he will not play until the Detroit matchup at the earliest. If he were to play, one of Lauzon or Zboril would need to be returned to Providence in order to activate Miller off of the IR.