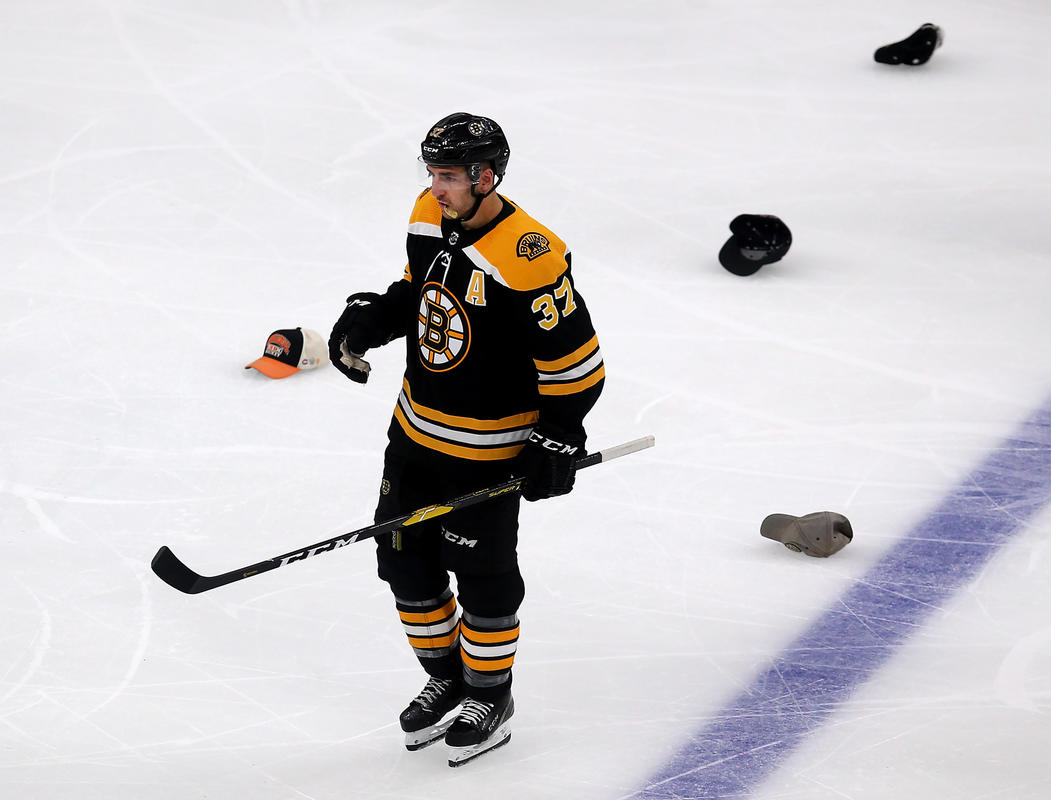 Patrice Bergeron has been arguably the best two-way player in hockey for the last handful of seasons. He has won four Selke Trophies in the previous seven years and possesses the playmaking abilities to consistently generate offense for himself and his teammates. The energy and skill it takes to be such a stalwart on the defensive end of the ice while also serving as an important source of offensive production is truly remarkable. Bergeron’s value to this team is immeasurable, and it looks like he might be in the midst of the best offensive season of his career.

It’s amazing that he is averaging well over a point per game to start this season at age 33 and with over 900 games under his belt, especially because it looks like he might be entering new territory. Bergeron has never averaged a point per game throughout a season. The closest he came was last season when he registered 63 points in 64 games. Heading into the 2018-19 season, Bergeron had played 14 years in the NHL, and his career-high point total was 73 back in 2005-06. He did that as a 20-year-old, and he’s on pace right now to surpass that previous best as a 33-year-old with a lot of mileage on his skates. Through 15 games this season, Bergeron has 21 points, which ranks him tied for fifth in the league in points scored.

Bergy cleans up the garbage out front for his eighth of the year! @ToreyKrug had the shot from the point. 2-1 #NHLBruins just 36 seconds into the second!

There are numerous reasons to believe that Bergeron is going to score more points this season that he ever has before in his career. For one thing, he’s durable. He missed a chunk of time last season with a broken bone in his foot, but it was the first season in a while where he had missed significant action. He had appeared in at least 79 games in each of the previous six non-lockout shortened seasons before last year, and he has appeared in all 15 Bruins games so far.

Playing on a line with David Pastrnak and Brad Marchand is going to provide him with ample opportunities to either set those two up for goals or capitalize himself on chances created by them. Pastrnak looks like he’s going to compete for the Rocket Richard Trophy this season, and Marchand is the only player in the league who has scored at least 34 goals in each of the previous three seasons. That line is going to continue scoring at an impressive rate, meaning Bergeron is going to keep racking up points.

During his career, Bergeron’s lowest scoring month in terms of points per game in months where he has played at least 100 career games is the month of November at about 0.70 points per game. His second lowest points per game for a month is 0.72 for October. Bergeron tends to pick up his scoring rate after the first two months of the season, so the fact that he has started off this strong bodes well for him to keep it up for the rest of the season. There are definitely a lot of indicators that Bergeron is in the midst of what’s going to end up being one of his most statistically impressive seasons.