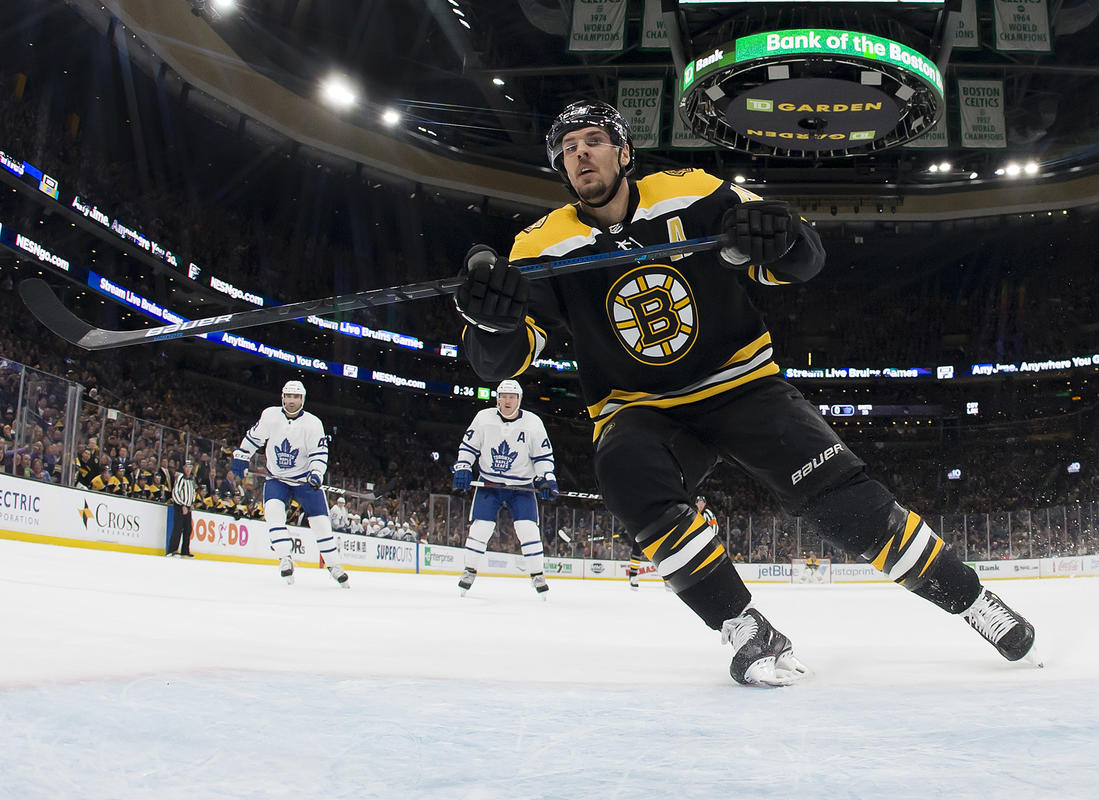 The Boston Bruins have been leaning heavily on their top line of Patrice Bergeron, Brad Marchand, and David Pastrnak to generate offense. That trio has a combined 71 points through the first 18 games of this season. The rest of the team has just barely outscored those three, combining for 75 points. A dominant first line is a gigantic asset, but a team also needs other players capable of elevating their games when that top trio is neutralized.

David Krejci has really been the one other forward in this lineup who has consistently created offense for the Bruins and taken some pressure off of those three stars. Krejci has 16 points in 18 games thus far. 14 of those points have been assists, as Krejci has been excelling at making plays for his teammates to capitalize on. Krejci has tallied an assist in five consecutive games, including an especially impressive three-assist output in the loss against the Vancouver Canucks on November 8th. Unfortunately, Krejci hasn’t scored a goal in the last nine games. The last time he lit the lamp came October 23 against the Ottawa Senators. The Bruins are still shuffling things around on lines two through four. Jake DeBrusk was moved to the right side from the left with Krejci, and Joakim Nordstrom was bumped up to join those two on the left.

As the season goes on, it’s going to be imperative for the Bruins to be able to rely on people beyond just the top line to produce on the offensive end. Krejci is a great playmaker, and he has the vision and facilitation skills to consistently create scoring opportunities when he’s out on the ice. Of the 14 assists Krejci has dished out this season, five have come on the power-play. That’s tied for third on the team. The Bruins have been 31.7% on the power-play so far this season in their 18 games, which ranks second in the league. They have 20 power-play goals in all, which is more than any other team has. Krejci has assisted on a quarter of those and scored another one. He has been a big part of why this power-play unit has been so successful. He has spread out his assists among numerous teammates on that power-play. Pastrnak is the only guy who Krejci has multiple assists to on the man advantage.

Krejci has nine assists during even-strength play. DeBrusk has three of those goals, Nordstrom has two, Pastrnak has two, Bergeron has one, and Matt Grzelcyk has one. Krejci is on pace for his best offensive season since 2008-09, when he scored 73 points in 82 games as a 22-year old. He’s having this impressive season so far despite having just two goals through 18 games with just 21 shots on goal. That’s a shooting percentage of just 9.5%, which is well below his career rate of 12.1% and would be his lowest total since his 8.3% output in 2010-11.

He’s very likely to eventually get those shots per game totals up, as well as that shooting percentage increased, which has him in store for one of his best offensive seasons if he can stay healthy. Being nearly on pace right now for his best offensive season while shooting uncharacteristically poorly and more sporadically through these 18 games is impressive in its own right. It shows how tremendous he has been at creating scoring chances for his teammates this season, and there’s certainly reason to believe his goal scoring is going to increase the more he gets the puck on net based on what he has done previously in his career.

His best goal-scoring month during his career has been December. In 110 career December games, Krejci has 35 goals, which is a rate of 0.32 goals per game. That is significantly higher than his total career rate of 0.22 goals per game. Look for him to start getting more goals as the team moves into December. The Bruins need reliable production beyond the trio of Bergeron, Marchand, and Pastrnak, and it looks like Krejci is poised to continue offering his brand of dependable offensive playmaking.