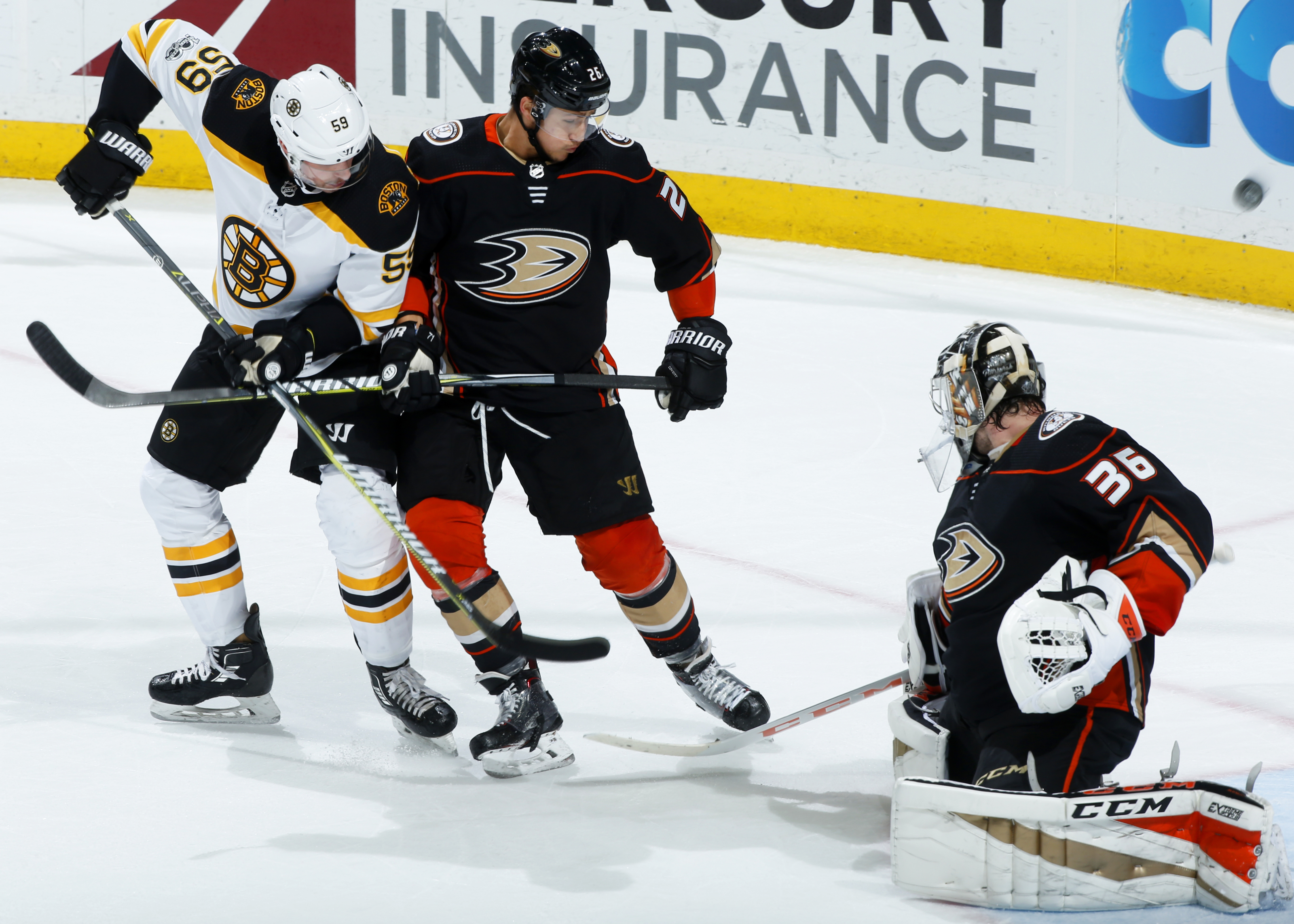 With the NHL Trade Deadline only days away, the Boston Bruins have made their first deal, sending forward David Backes, defenseman Axel Andersson and a 1st-round pick in the upcoming 2020 NHL Entry Draft to the Anaheim Ducks in exchange for forward Ondrej Kase.

In addition to the deal, the Bruins are also retaining twenty-five percent of Backes’ $6 million salary. Backes, 35, has only played in 16 games for the Bruins this season, scoring one goal and two assists. Backes was sent down to the Providence Bruins but failed to play a game for the AHL club. With other players on the roster performing better than the veteran, the Bruins organization felt it was time to move on from Backes and send him back to the Western Conference where he began his NHL career.

Boston is also sending defenseman Axel Andersson to the Ducks as a piece of this deal. Andersson, 20, was drafted 57th overall in the 2018 NHL Entry Draft by the Bruins and has played the 2019-20 campaign in the Quebec Major Junior Hockey League (QMJHL) with the Moncton Wildcats where he has 2-20-22 numbers in 41 games.

So, what do the Bruins get in return? Ondrej Kase is a 24-year-old right-winger that was drafted in the seventh-round (207th overall) in the 2014 NHL Entry Draft by the Anaheim Ducks. Since his draft, the 5-foot-11, 186-pound forward has played in 198 regular-season games, scoring 43 goals and 53 assists for 96 points.

This season, Kase has 7-16-23 numbers in 49 games with the struggling Ducks, averaging a career-high 16:47 of ice-time per game. Contract wise, Kase will save the Bruins a lot of money especially considering the departure of David Backes in the move. The Kadan, Czech Republic native has a cap hit of $2.6 million until the conclusion of the 2020-2021 season. The newfound cap space may be used to reel in another trade target or opens up a window to re-sign defenseman Torey Krug as well as the other expiring contracts throughout the roster.

As of right now, Kase fits perfectly on Boston’s second-line alongside Jake DeBrusk and David Krejci and would likely be a solid upgrade from Karson Kuhlman who currently holds that position. The trade still leaves some opening for another acquisition before Monday’s deadline if General Manager Don Sweeney still has something under his sleeve, but regardless, it appears the Bruins are winners in this one.

As the days and the hours count down until the 2020 NHL Trade Deadline, make sure to stay locked on blackngoldhockey.com for the latest Boston Bruins news as the race for the postseason gets hotter and hotter. Also, make sure to follow me on Twitter (@tkdmaxbjj) and everyone else on the site for up-to-date information and news.