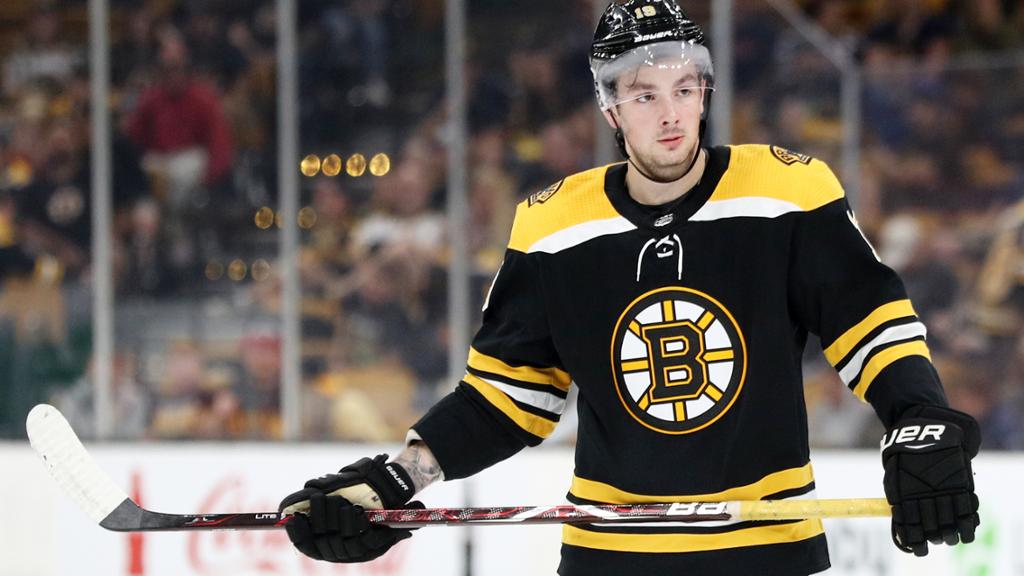 Zach Senyshyn, the promising first-rounder Boston picked at No. 15 back in 2015, will “B” with the B’s for the upcoming season on a one-year, two-way contract for $700K.

The #NHLBruins have signed @ZachSenyshyn to a one-year, two-way contract with an NHL cap hit of $700,000.

At least, that should be his ultimate goal — breaking into Boston’s everyday 2021 line-up as opposed to playing more for Providence after an already successful three seasons with the “Baby B’s.”

Senyshyn, 23, skated in four NHL games with Boston in 2019-20, notching two assists with a plus-one rating.

The Ottawa, Ontario native was originally selected by Boston in the first round (15th overall) of the 2015 NHL Entry Draft.

I wrote about Senyshyn’s (seny)shining debut for the Bruins last April when he tallied his first ever NHL goal in his first ever NHL game against Minnesota. Since then, both the B’s brass and his teammates and fans alike have been itching to see more of the speed, skill & talent that made him not only a “surprise” pick back in 2015, but also a top-notch player for Providence.

Perhaps thanks to this new deal, and opportunity, Senyshyn will get that chance to shine once again in Boston next year. Forward momentum, indeed.