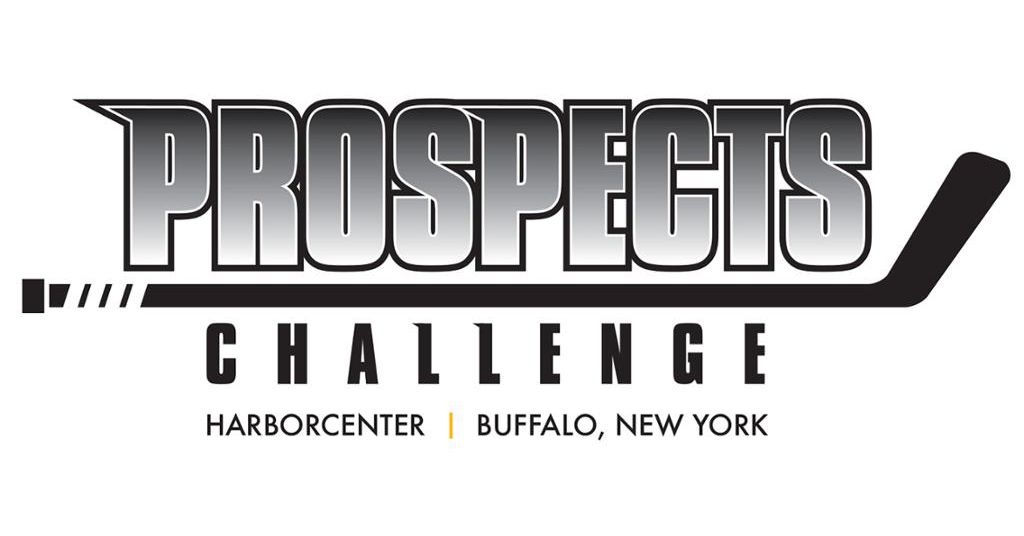 ( Above Photo Credit:  The Guardian )

Shawn Boudrias: A 17-year-old right-winger from Laval, Quebec, Shawn Boudrias brings a staggering 6-foot-4, 212-pound frame to camp. Last season, he split time with the Charlottetown Islanders and Gatineau Olympiques of the QMJHL. In 26 games with the Islanders, he scored five goals and tallied seven assists, good for 12 points. In 32 games with the Olympiques, he scored 12 goals and added nine assists, good for 21 points.

Boudrias will look to make an impact as one of the bigger guys on the ice. For the season ahead, he will play for the Gatineau Olympiques.

Alex Gacek: A 24-year-old Dracut, Massachusetts native, formerly of Miami University (Ohio), Alex Gacek has bounced around the ECHL since moving on spending four years in the NCAA. The 5-foot-8, 173-pound right-handed forward has seen success in his brief ECHL career thus far.

He spent the first part of last season with the ECHL affiliate of the Washington Capitals, the South Carolina Stingrays. In 19 games with the Stingrays, he had eight goals, four assists, and 12 points.

Gacek then moved on to play for the ECHL affiliate of the Toronto Maple Leafs, the Orlando Solar Bears, for 26 games. In those 26 games, he exceeded a point-per-game with 14 goals, 15 assists, and 29 points.

To conclude the 2016-2017 season, he 16 games played for the Boston Bruins ECHL affiliate, the Atlanta Gladiators. He had four goals, seven assists, and 11 points in that span. Gacek is set to begin the 2017-2018 season with the Gladiators and will be a nice undersized player to watch going forward.

James Hamblin: Like Shawn Boudrias, James Hamblin is young at 18-years old. The left-shot, left-winger from Edmonton, Alberta spent the 2016-2017 season playing for the Medicine Hat Tigers of the WHL. This was his second season with Medicine Hat, and he will go for round three with them for the upcoming 2017-2018 season.

Hamblin had an impressive second season in the WHL. After having only three points in 54 games in his first WHL season, likely in part due to ice-time, Hamblin exploded for 23 goals, 24 assists, and 47 points in 69 games. An explosive point increase like that is something worth noting. Like Alex Gacek, Hamblin is a small forward at 5-foot-9, 176-pounds. Like his point increase, his progress will be something worth monitoring going forward. James Hamblin should be an exciting forward to watch at camp.

Connor Clifton: Unlike the others, Connor Clifton has a deal with the organization, an AHL contract with the Providence Bruins. A 22-year-old Long Branch, New Jersey native, Clifton is an underrated prospect despite the 14-point drop off between his junior and senior year at Quinnipiac University. He was drafted in the fifth-round of the 2013 NHL Draft by the Phoenix Coyotes. This was before the Phoenix Coyotes became the Arizona Coyotes.

The Coyotes decided not to sign Clifton, and the Bruins saw a great opportunity to bring in another young, talented, right-shot defenseman.

Clifton brings a great mix of physical strength and skill, hockey IQ and puck-moving ability to the table. He doesn’t let his 5-foot-11, 174-pound frame hold him back. He took a leadership role with full force as a senior at Quinnipiac when he was named the captain of the team. Connor and his brother Tim, who is a forward currently with the San Jose Sharks organization, were a big reason as to why Quinnipiac made it to the 2015-2016 NCAA National Championship and set a school record with 32 wins.

Connor finished his final season as a Quinnipiac Bobcat with seven goals, seven assists and 14 points in 38 games. As a prospect in the Bruins system now, Bruins fans should watch Clifton with excitement at camp.

Owen Headrick: After spending a season and a half in the NCAA at Lake Superior State University, right-handed defenseman Owen Headrick played for the Erie Otters of the OHL. To start the 2016-2017 season, the 20-year-old Garden River, Ontario native had scored two goals and added 13 assists, good for 15 points in 24 games.

After moving on to play for Erie, he had four goals, and four assists, good for eight points in 26 games in his first go around as an Otter. He carries a decent frame for a defender at 6-feet, 194 pounds and will be an interesting player to watch, as it seems he has some offensive upside as a defender.

Ethan Sakowich: This Athabasca, Alberta native has spent a full season and some change with the Red Deer Rebels of the WHL. Ethan Sakowich spent four games with the Rebels in 2015-2016, recording no points. He then followed up that short season with three goals, four assists, and seven points in 61 games.

Sakowich is 18-years-old and carries a sturdy defensive frame at 6-foot-2, 190-pounds. His point totals don’t jump out, as it seems that he takes care of his own zone first. Mixing in a stay at home guy from the sounds of it isn’t a bad idea so he could be a welcome addition to the camp roster.

Kyle Keyser: This young goaltender hasn’t had the best start to his OHL career. Keyser spent the 2015-2016 season with the Flint Firebirds and posted a 4.37 GAA, and a .880 save percentage in 17 appearances. In 26 appearances this past season, this time as a member of the Oshawa Generals, a 3.40 GAA, and a .891 save percentage.

The 18-year-old Coral Springs, Florida native is a teammate of Bruins 2017 second-round pick Jack Studnicka in Oshawa. He wields a solid frame for a goaltender at 6-foot-2, 185-pounds. Luckily for Keyser, at such a young age, he has another season ahead of him with the Oshawa Generals to improve and grow as a goaltender. Despite the lackluster OHL stats, Kyle Keyser is a young goalie that is worth watching at camp.

Luke Richardson: Kyle Keyser and Luke Richardson have some similarities and some differences. They both play in the OHL, and they both haven’t churned out the greatest stats. Although they have both played in the OHL, things have been a little bit different for Richardson.

Richardson is an 18-year-old native of Barrie, Ontario that carries a 6-foot-3, 168-pound frame. In each of the last two seasons, he has split time between the GOJHL with the Kitchener Dutchmen and the OHL with the Kitchener Rangers. Most recently, he spent 23 games with the Dutchmen. In 23 appearances, he put forth a 3.12 GAA and a .896 save percentage.

He then went to appear in 16 games with the Kitchener Rangers, ending off the season with a 3.62 GAA and a .897 save percentage.

Luke Richardson is another wild card goaltender, but one worth taking a good look at in camp.

#NHLBruins rookies prep for 2017 Prospects Challenge, plus more news and notes in this edition of The Week Ahead: https://t.co/Rtu6zDA3Sz

The rookie camp/prospects challenge is sure to be an exciting time with a mix of new and old faces. It is another event that signifies how close hockey fans are getting to the return of the regular season. The excitement continues to build.

*All height and weight information: eliteprospects.com*