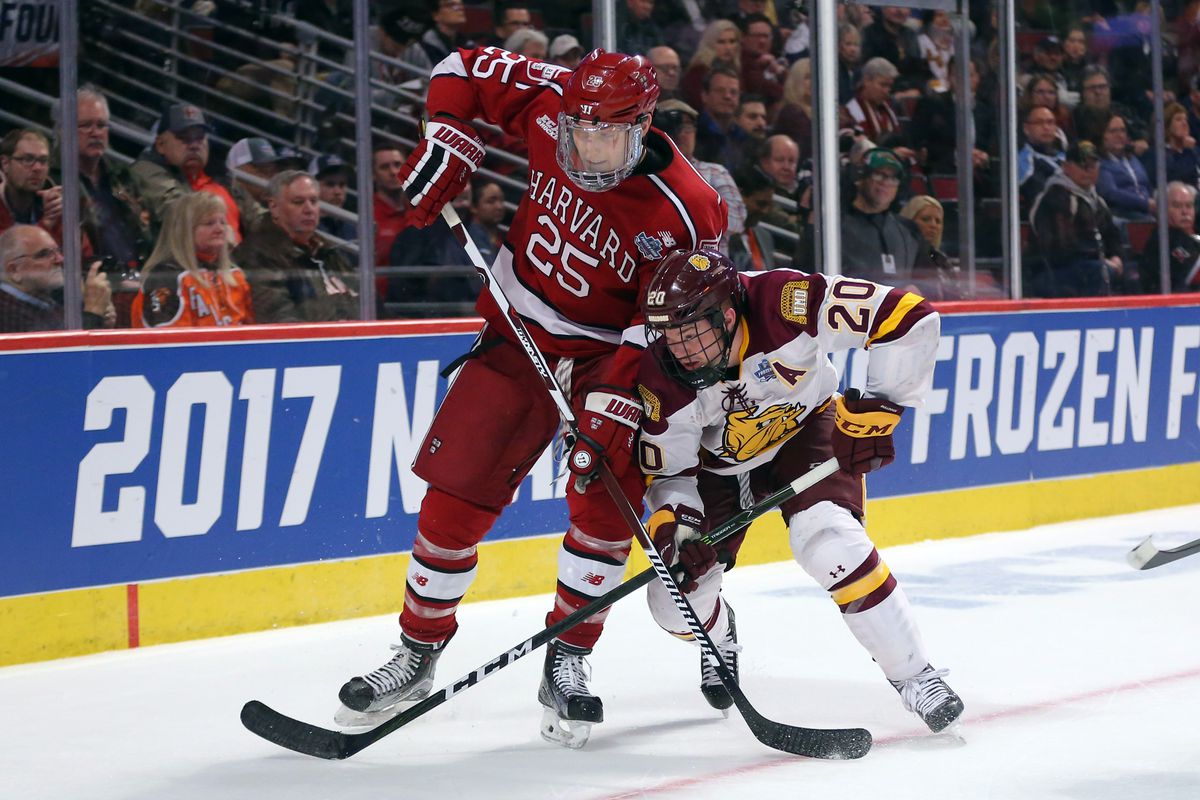 The Bruins really like all of these good Harvard boys… The team announced today that they signed their second Harvard player to an Entry-Level Contract in less than a week, as 2013 5th Rounder Wiley Sherman inked his 2-year ELC just days after teammate Ryan Donato signed his. Sherman’s contract does not begin until the 2018-19 season, and will report to the Providence Bruins on an Amateur Try-Out contract for the remainder of the 2017-18 season. 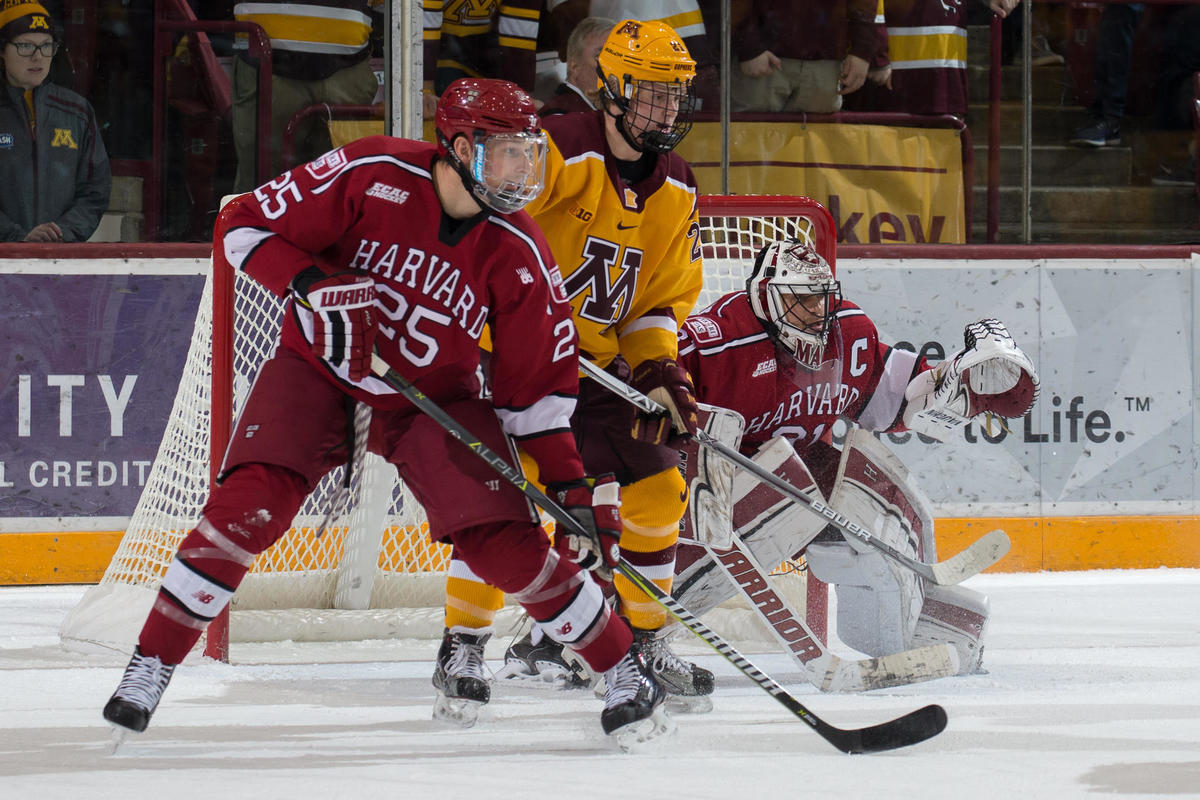 Sherman, 22, was originally drafted by the Bruins out of the Hotchkiss School, in Lakeville, Connecticut in the 5th Round in the 2013 NHL Draft, 150th Overall. The towering 6’7″ defenseman lives up to his name, as Wiley weighs in at a mere 220 pounds despite his massive frame. The Connecticut native has spent the last four years patrolling the blueline for the Harvard Crimson, posting a career high of 13 points (all assists) in his junior season. Overall, Sherman recorded 7 goals and 26 assists for 33 points to go along with 60 career penalty minutes in 137 career games for the Ivy League juggernaut. The entry-level deal, beginning next season, is expected to be a 2-year commitment, adding to an already stacked defensive depth chart within the organization. Sherman joins a deep Providence team for the stretch run as they look to make yet another deep run in the Calder Cup Playoffs.