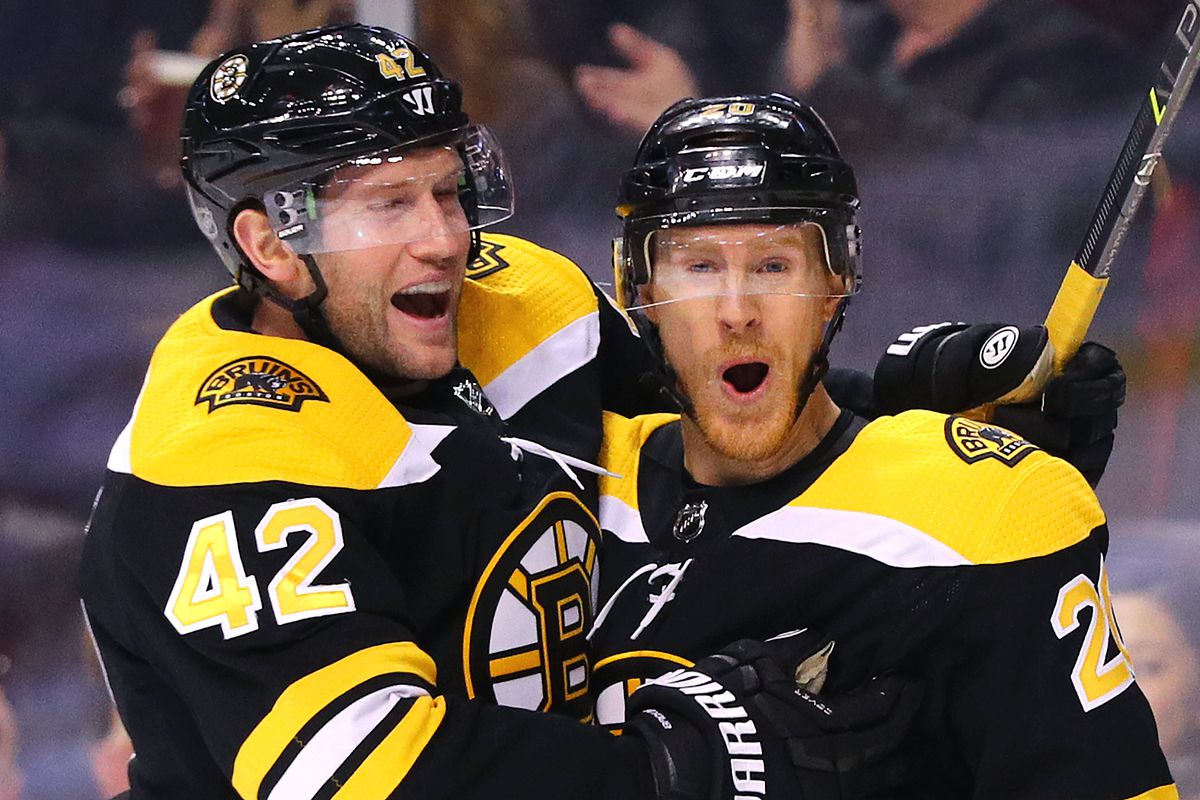 We are aware the playoffs are around the corner but why not talk about some contract situations!

Riley Nash has been found money for this team ever since he was signed by general manager Don Sweeney on July first of 2016 to a deal worth 1.8 million over two years that is a small 900-thousand-dollar cap hit which in today’s NHL is a bargain if the player you get can produce. Nash was drafted 21st overall in the 2007 draft by the Edmonton Oilers but did not make his NHL debut until the 2011-12 season with the Carolina Hurricanes and played with the Hurricanes for five seasons.

Nash was more of an afterthought to Bruins fans as the club had also signed forward David Backes to a five-year 30-million-dollar deal which is a six million dollar cap hit. In his first season, Nash struggled out of the gate only recording 17 points through 81 games, but he was shown to be a reliable 4th line center that could move up the lineup if needed. Riley also put up two points in the Bruins short playoff run last year.

Nash was getting chances, but not putting the puck into the back of the net as his career shooting percentage was at 10.75% before his first season with the Bruins. Riley was shooting at 5.6% with Boston in his first-year so puck luck may have had a factor to why the Bruins forward didn’t score much. Entering the 2017-18 season, Riley Nash was moved up to the line-up onto the 3rd line center spot with David Backes on his right side giving him more offensive opportunities.

The left wing of the 3rd line was mostly interchangeable as many players spent time on that line such as Ryan Spooner, Frank Vatrano, Anders Bjork, Matt Beleskey, and the mainstay on that line for a while now Danton Heinen. So, with all these changes on his lines regularly with the injury plagued season that Boston has endured, it is impressive that Riley has exploded and put up career highs in both goals and assists giving him 41 points in 76 games played.

The most impressive thing about Riley Nash’s season is the fact that he had to step in and play first line minutes for the Bruins alongside David Pastrnak and Brad Marchand. During Patrice Bergeron significant absence of play due to a fractured ankle, Nash put up 13 points in 13 games and proved to the team how reliable he could be.

Nash also leads all Bruins forwards in shorthanded time on ice, and his absence is being felt at both ends of the rink as the Bruins tripped into the first round of the playoffs finishing 1-3-1 in their last fives games of the season.

Heading into the offseason here is the Bruins Salary Cap situation.

With just over 9 million dollars in Cap Space and not many notable free agents such as Matt Grzelyck, Sean Kuraly, Tim Schaller, and Rick Nash are the others joining Riley as free agents. Don Sweeney must be careful about what kind of money he gives out to Riley Nash, as next season presents a nightmare for Boston with notable Restricted free agents such as Charlie McAvoy Brandon Carlo, Danton Heinen, and Ryan Donato are all in need of an extension for 2020.

So let’s look at some comparables Riley Nash may use in his negotiations with the Bruins.

Eller also signed his contract this year during the season; he ended his regular season with 18 goals and 20 assists for 38 points in 81 games. He is also on the first power play unit on the left side of Nicklas Backstrom and Evgeny Kuznetsov, so he does get a lot more opportunities to score as Riley Nash has only played power play this season because of injuries.

This contract will be the best match out of what players with the production of Riley Nash will get in this era of the NHL the only question will be if Don Sweeney is willing to pay it which would be a significant risk considering how the one year wonder Matt Beleskey’s contract ended up.

This iron man plays a similar role to Nash the reason why fans should expect Riley to take a relatively identical deal to what Lars Eller got is that he is a center which in today’s NHL is at a premium.

Cogliano is currently playing on the second line for the Anaheim Ducks and also plays a vital role in the team’s penalty kill.

Andrew also had a chance to beat the record for most consecutive games played in the NHL which is held by Doug Jarvis at 964 straight games played Cogliano had 830 before being suspended for a hit to the head of forward Adrian Kempe of the Los Angeles Kings.

Cogliano while being two years older than Riley Nash plays a similar role he can move up and down the line-up plays a massive role on the defensive side of things for his respective team. But Nash should still look at a few more dollars and years to his contract considering his age and the fact that he plays the middle of the ice.

When looking at those two contracts, it is hard to believe that Nash will not ask for at least four years at around 3 to 3.5 million dollars per season. With that expected price, it should come as no surprise to see the Bruins potentially moving on from Riley Nash at the end of this season. The youth movement should continue to move forward next season, and it doesn’t appear that Riley Nash will be part of the team next year.