Is There A Place In Boston For Winnik/Stempniak? 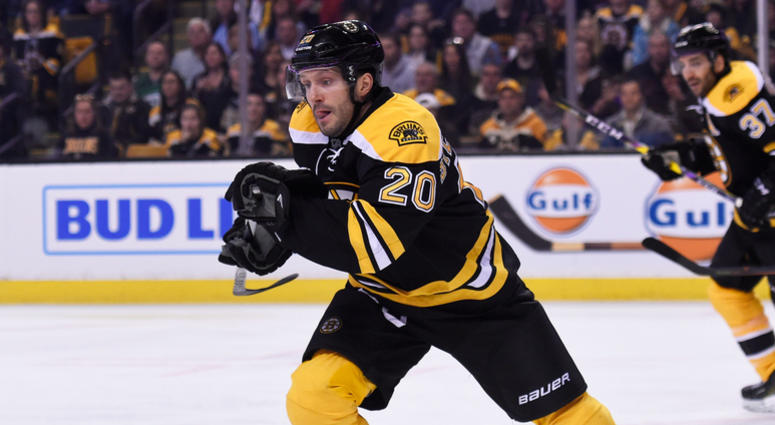 For years, the Boston Bruins had been a veteran-oriented team that had the occasional young player who stood out. Phil Kessel, Tyler Seguin, and Blake Wheeler are prime examples of this, but from the years 2009-14 the Bruins were mainly a team comprised of veteran players who had been through the battles of postseason hockey. The likes of Marco Sturm, Shawn Thornton, Miroslav Satan, and Dennis Seidenberg were key pieces of those veteran-laden squads. However, in 2018, times have changed dramatically.

This Bruins team is still comprised of a few key veteran players such as Patrice Bergeron and Brad Marchand, but the team has gotten significantly younger in recent years with the superb drafting job done by Don Sweeney. The future of this team has never looked brighter, and the youth was one of the biggest reasons for their success last season. So it was kind of a surprise when the Bruins announced they had offered tryout contracts to veteran wingers Daniel Winnik and Lee Stempniak.

Stempniak, of course, spent time during the 2015-16 season with Boston after being traded from the New Jersey Devils. The winger had just 10 points in 19 games and was unable to help the Bruins to the playoffs. Stempniak has performed very well this preseason including a goal the other night against the Red Wings. It’s clear he still has that shooting ability and has the ability to be a strong locker room presence. Stempniak is also very familiar with Boston as he has lived here for the last few summers. He’s also skated with Bruins players in the past so bringing him up to the varsity club at least to start the year might make sense.

Lee Stempniak with his third point tonight off this blast from the slot. 4-0 Bruins. pic.twitter.com/RIQeeho7Ir

The biggest issue with bringing in the 35-year-old would be him potentially hindering the development of younger players trying to make the roster and get ice time. Stempniak’s performance has proved he can still play in this league but maybe not necessarily in Boston. Undoubtedly he would be nothing more than an extra forward so keeping him around might not be the best idea. With the Bruins’ recent success with young players and the young guys battling for roster spots who can put the puck in the net, I would be surprised if Stempniak got a roster spot.

Lee Stempniak just ripped a goal top shelf five seconds into that power play. He has two goals and six points in his last eight periods of hockey.

As for Winnik, the 33-year-old former UNH Wildcat, he’s bounced around the league much like Stempniak. He played last season with the Minnesota Wild, totaling 23 points in 81 games. Winnik has played with eight teams during his career, and he’s survived the first few rounds of cuts so his chances of making it nine total teams in his career are good, at least for now.

Unlike Stempniak, Winnik has never been known as a scorer. He’s almost exclusively played on the fourth line his entire career. One of the best parts of his game is the fact he very rarely gets injured. Over the last three seasons, Winnik has only missed a total of 17 games. Winnik plays the game with an edge and has always been a high-energy player. It remains to be seen where he’d fit in Boston because of the glut of young players looking to get ice time. With Winnik being a fourth-liner, he wouldn’t be exactly stealing ice time from anyone because a player such as Anders Bjork or Peter Cehlarik would be well-utilized on that line.

Kind of crazy that a guy like Winnik is in PTO land but I’m glad he is at Bruins camp and I bet he gets a deal out of it. https://t.co/tk9T0I8hxz

Despite Winnik’s age, I do think he’d be a very solid fourth-liner, and personally, I would like to see him play with Sean Kuraly and Noel Acciari to create a line of effective, hard-working players. The good thing is, the Bruins do have many other options, so there’s not necessarily a need for a player like Winnik, but I don’t think it would be a bad thing if the Bruins brought him on.

I think the chances of making the Bruins roster are greater for Winnik because of the type of game he plays. I think the reality of bringing in Stempniak is not very strong considering the younger options the B’s have. But I do believe both of these players could be useful as both still have plenty left. Stempniak would be joining a team with tons more offensive talent than the team he played with 3 years ago. Winnik would be joining his ninth team in his career and could be a very effective fourth-liner. I don’t believe either player makes the Bruins’ final roster, but it is interesting that they’ve lasted this long through multiple rounds of roster cuts.