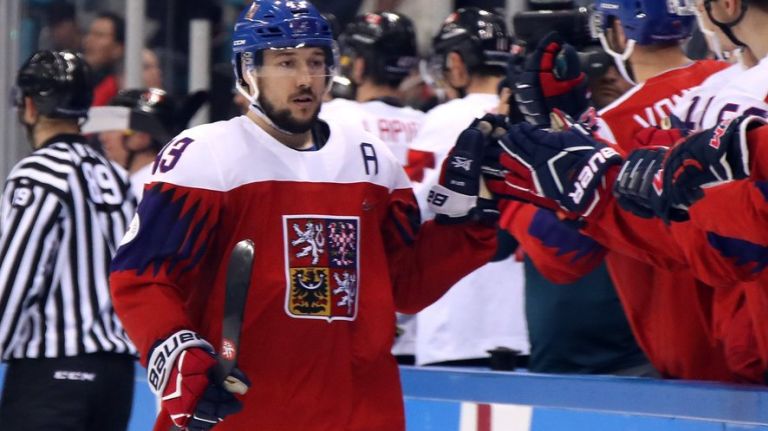 The 5′-11″ 216-pound center was a free agent signing of the New York Islanders shortly after the 2018 free agent frenzy and was a saut after project with recent success over in Europe. Per EliteProspects.com Kovar’s development and pro-league play has been impressive to read with three Czech2 Championships,  Czech Extraliga Championship, and a two-time winner of the KHL Gagarin Cup Champion he certainly has worldly skills to take a chance on.

After his contract was over in the KHL, The Islanders were smart to roll the dice with a low cap experiment with Jan’s services and possibly be a seamless asset pending the retain or departure of the Tavares sweepstakes free agent talks which ending with his hometown Toronto Maple Leafs being the most attractive option in free agency. Kovar signed a one-year $2 million dollar contract and it was time for him to showcase his skills at the highest level in the world.

I’m not exactly sure about what happened to the relationship Kovar and the Islanders had but it was sour enough for the two parties to walk away. What would entice a player who already accepted a contract and eager to join his new National Hockey League team in North America just to have cold feet and want to leave? Per Left Wing Lock Twitter Account,  Kovar was placed on Unconditional Waivers for the purpose of contract termination.

“Jan was looking for the best fit for his style of play, a great coach and a great opportunity” – @walsha (Kovar’s agent) after signing with the @NYIslanders

Head-scratching what has happened since #Isles

Well, now that he’s with the Providence Bruins after being seen by the aforementioned Providence Journal Bruins reporter Mark Divver below at this mornings practice, now it’s speculation time where he’ll play alongside other Bruins developmental talent as a 28-year-old but better yet, who’s spot could he be taking? For me and it’s early in the 2018-19 AHL campaign but I don’t believe he will take the job of current Bruins prospects in the system but could have a player that recently signed an AHL contract to play only in Providence’s job or play the role of an extra forward as regulated roster size in the AHL is different than the NHL limit.

In a later Tweet today, Divver mentioned that Kovar most likely won’t see any game action this weekend with three straight games including a home-and-home series starting tomorrow night in Bridgeport, Connecticut against Sound Tigers the minor-pro affiliate of the New York Islanders. Also chiming in on all the questions concerning Kovar was his agent Alan Walsh who said below that both the Providence Bruins and his client are going to remain in the area for the next couple of weeks and see where things go. This is a common tactic to keep players around before returning to Europe or the KHL to keep playing and in leagues with familiarity.

Center Jan Kovar has signed a PTO with the Providence Bruins (AHL). He’s going to PLAY games and we will evaluate his NHL options in approx 3 weeks.

Kovar is good friends Bruins superstar and countryman David Pastrnak as seen in a Tweet below from the young B’s forward dating back to when Kovar and the Islanders made the deal in July of this year.

Btw- this is his tape job , finally won’t have the worst tape job in a league ! pic.twitter.com/ORhadjOpP8

Lou Lamoriello says #Isles deal with Jan Kovar was always he would either make #NHL squad or have his contract terminated. Bridgeport (AHL) was not an option. No “animosity” Lou says that Kovar has changed mind.

Below are some video’s of what the Providence Bruins could see in his short professional tryout in the American Hockey League.