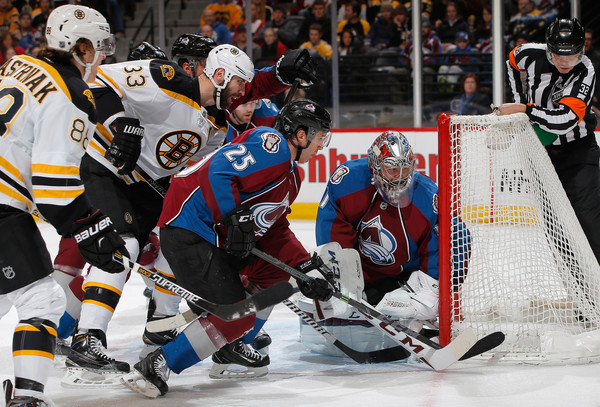 Go get yourself a cup of coffee because the Boston Bruins are on the road facing the Colorado Avalanche on Wednesday night at 10:00pm EST.

The Bruins are fresh off a four-game homestand in which they went 3-1-0. They wrapped it up with two deafening victories over the Toronto Maple Leafs (5-1) and Vegas Golden Knights (4-1). Meanwhile, the Avalanche have an 8-6-3 record which puts them in fifth place within the Central Division.

David Pastrnak tallied his second hat trick of the season against Toronto and has recorded six points in his last two games. The stellar weekend for the player and the team pegs him with 16 goals and seven assists through the first 17 games of the season. In fact, Pastrnak has tallied at least one goal in almost every game Boston has won – the exception being the Bruins’ victory over the Philadelphia Flyers on Oct. 25th.

David Krejci has been finding his stride in November. The centerman has a four-game point streak going with six assists during that run. He helped get Jake DeBrusk going who scored two goals against the Vancouver Canucks last week. Krejci is also a big reason why Joakim Nordstrom has seen success on the second line. 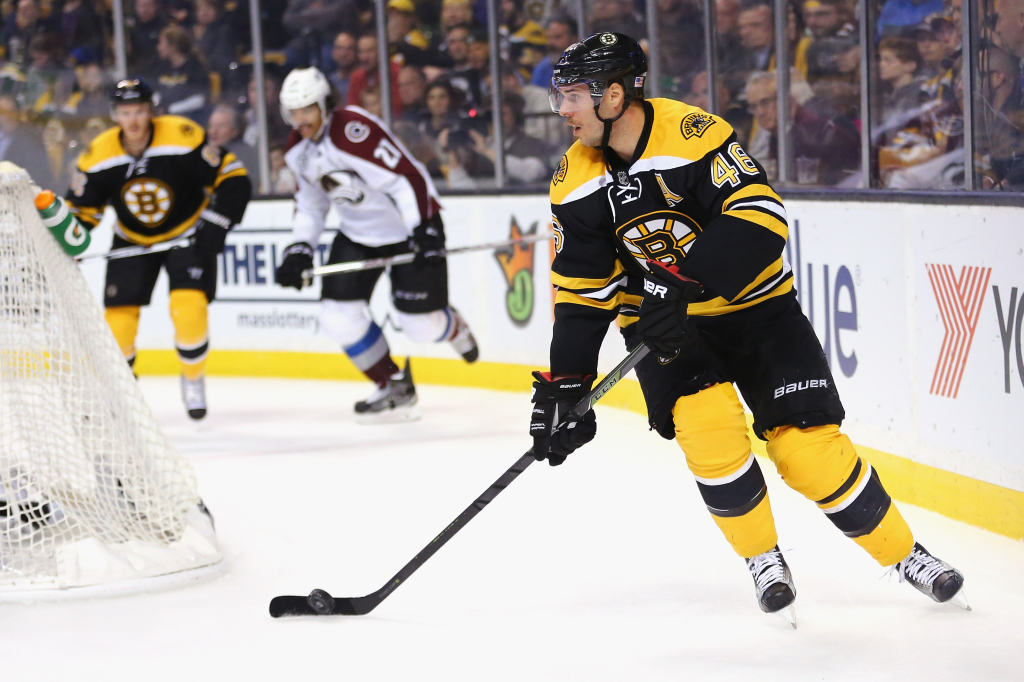 Jaroslav Halak has also been stellar, racking up two wins over the weekend to improve his record to 6-1-2. While making 79 saves, Halak only gave up two goals which propelled Boston over both Toronto and Vegas.

The Avalanche, much like the Bruins, have a fierce first line. There are many (mostly outside of New England) who believe Colorado’s top trio of Mikko Rantanen, Nathan MacKinnon, and Gabriel Landeskog are the best active line in the NHL. Rantanen’s 16 assists have helped set up 11 goals each for MacKinnon and Landeskog. In total, the lethal trio has come up with 68 points in 17 games.

Boston’s depth has shown signs of life, but not enough. David Backes and Noel Acciari are both still searching for their first point of the season. Meanwhile, Danton Heinen and Anders Bjork, who have been challenged to pad Boston’s offense with a scoring touch on the third line, have only combined for eight points.

"It's very important. That gives us confidence going into the road trip."

🎥Bruins forward Anders Bjork discusses the importance of ending the homestand on a positive note: pic.twitter.com/UEs60k0cVl

Sean Kuraly and Chris Wagner have both struggled on the fourth line themselves. While able to play with intensity, Kuraly went 11 games without a point until he notched an assist on Sunday. Meanwhile, Wagner hasn’t etched his name on the scoresheet in 12 games.

Semyon Varlamov, who will be starting for the Avalanche on Wednesday, has a 5-5-2 record to start the year. While his .926 SV% is certainly solid, his 2.26 GAA indicates that a high-powered offense – such as Boston’s – could potentially put up a number of goals on the scoreboard.

It will be a battle of the first lines on Wednesday when the Bruins and Avalanche go head-to-head. However, both lines could very well be held at bay in this matchup. Colorado is currently ranked 9th in the league with 50 goals against while the Bruins are 1st in the league in that category having only given up 40 goals.

While Varlamov has been streaky, he is very capable of standing on his head for his team and will have to do so on Wednesday if the Avalanche want a win on home ice. Meanwhile, Halak will have to have another great performance to net his team a win.

Jakub Zboril was called up from Providence and could see playing time in the near future. While he isn’t expected to play on Wednesday, it indicates how battered Boston’s defense is and the lengths they must go to in order to patch up the holes. On the bright side, Kevan Miller is traveling with the team on their road trip and could make an appearance in black and gold as soon as this weekend.